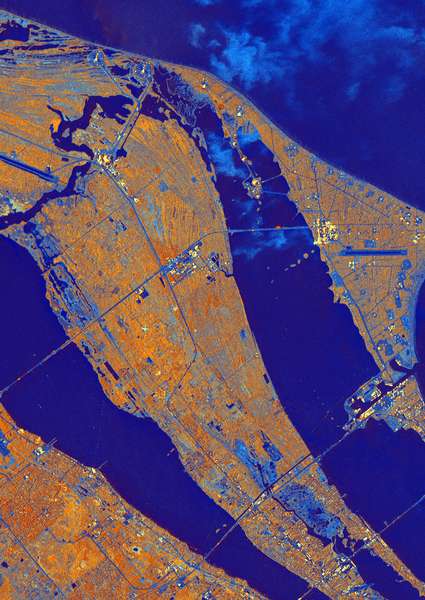 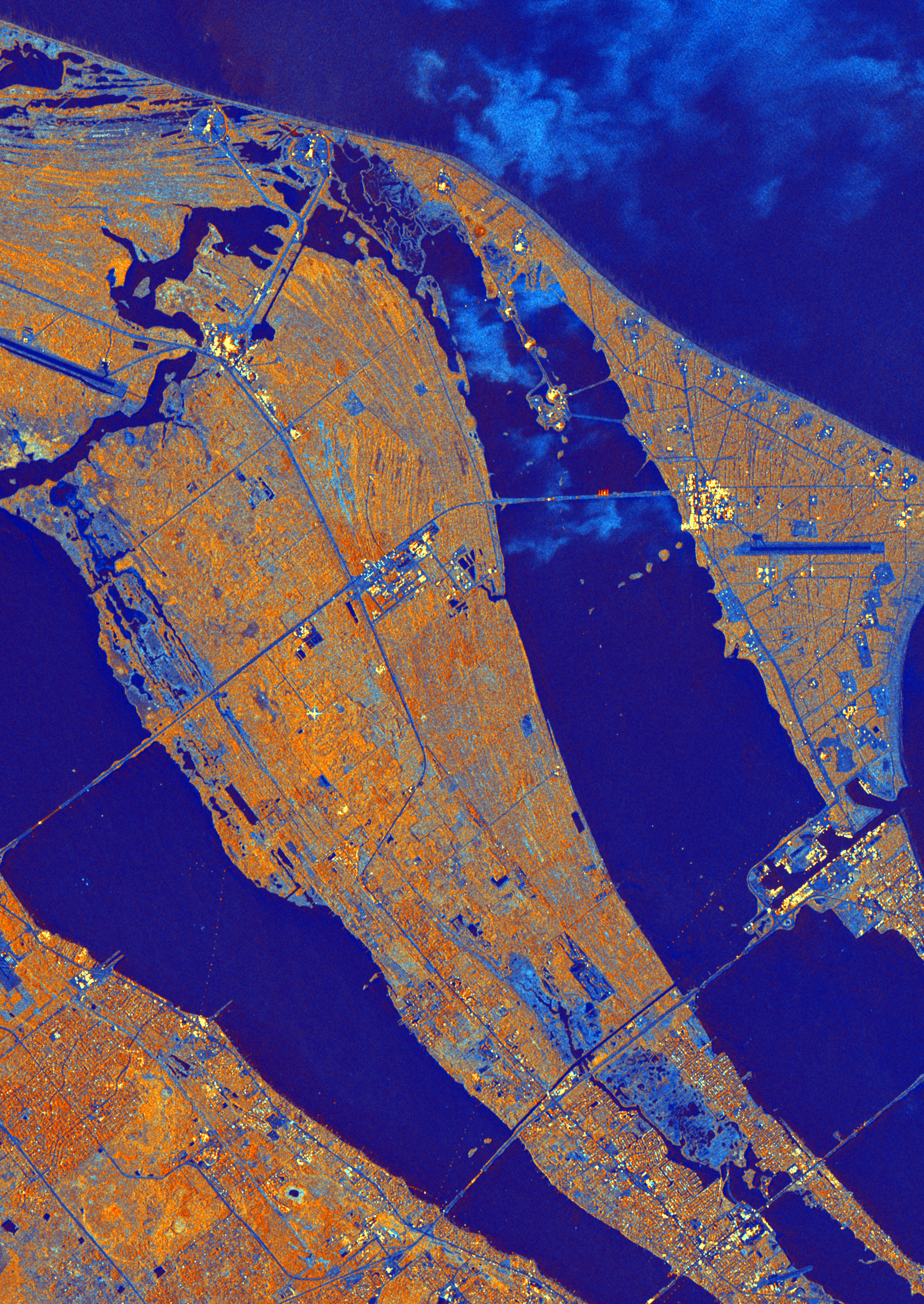 This radar images shows the east coast of central Florida, including the Cape Canaveral area. The Indian River, Banana River and the Atlantic Ocean are the three bodies of water (shown in deep blue) from the lower left to the upper right of this false color image. Parts of NASA's John F. Kennedy Space Center (KSC) and the Cape Canaveral Air Station (CCAS) are visible. KSC occupies much of Merritt Island in the center of the image, as well as, the northern part of Cape Canaveral along the right side of the image. The light blue areas on Cape Canaveral are the launch pads used by NASA and the Air Force. The two pads in the upper left of the image (light blue hexagons with bright yellow areas in the middle) are Launch Complex 39 pads A and B, originally designed for the Apollo program and now used by the space shuttle. The other launch pads that dot the coastline are part of the CCAS and are used to launch robotic spacecraft, like the Cassini mission to Saturn which is scheduled to launch Oct. 13, 1997 and which also carries an imaging radar system. Two runways also appear as dark lines in the image. The runway in the upper left is part of the space shuttle landing facility and it is one of the longest runways in the world at 4,572 meters (15,000 feet) long and 91.4 meters (300 feet) wide. This image is centered at 28.5 degree North latitude, 80.63 degrees West longitude. The area shown is approximately 23 kilometers by 33 kilometers (14 miles by 20.5 miles). North is toward the upper left. Colors are assigned to different frequencies and polarizations of the radar as follows: red is L-band vertically transmitted and received; green is C-band vertically transmitted and received; and blue is the difference of L-band and C-band. This image was acquired by the Spaceborne Imaging-C/X-Band Synthetic Aperture Radar when it flew aboard the shuttle Endeavour on Oct. 4, 1994. SIR-C/X-SAR is a joint mission of the U.S./German and Italian space agencies.