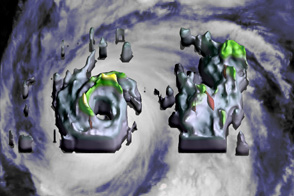 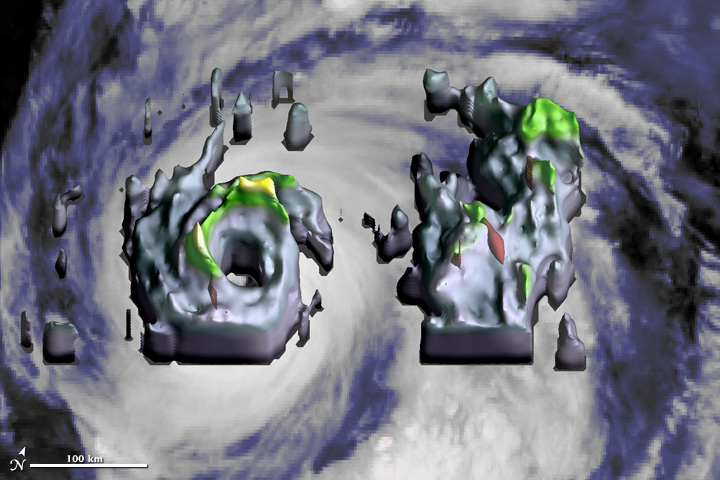 This three dimensional view reveals the core of Typhoon Roke on September 19 as the storm was intensifying.