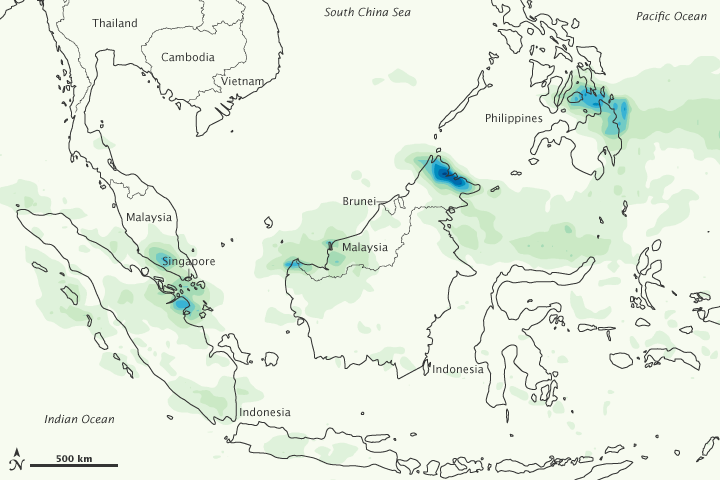 Heavy rains struck parts of Malaysia, Indonesia, and the Philippines in late January 2011. The Star Online reported overflowing rivers in peninsular Malaysia, and stated that 46,000 people in that country had been evacuated to emergency shelters. Heavy rains in the Philppines, meanwhile, continued a pattern from late December 2010.

This map shows rainfall amounts over the region from January 24 to 30, 2011. The heaviest rainfall—more than 800 millimeters (31 inches)—appears in dark blue. The lightest rainfall—less than 100 millimeters (4 inches)—appears in light green. The heaviest rain occurs along the eastern seaboard of the Philippines and, especially, along the northeastern shore of Borneo (Malaysia). Heavy rain also occurs over peninsular Malaysia and the island of Sumatra (Indonesia).