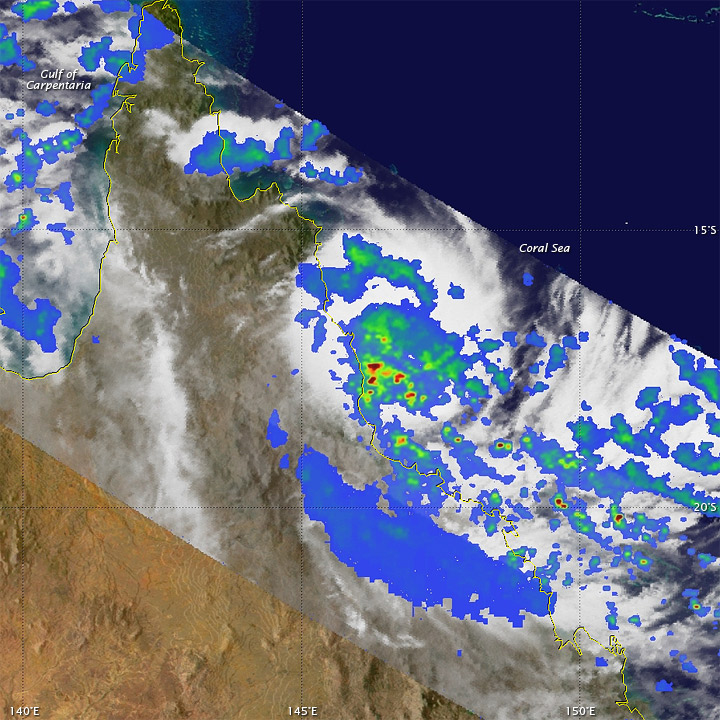 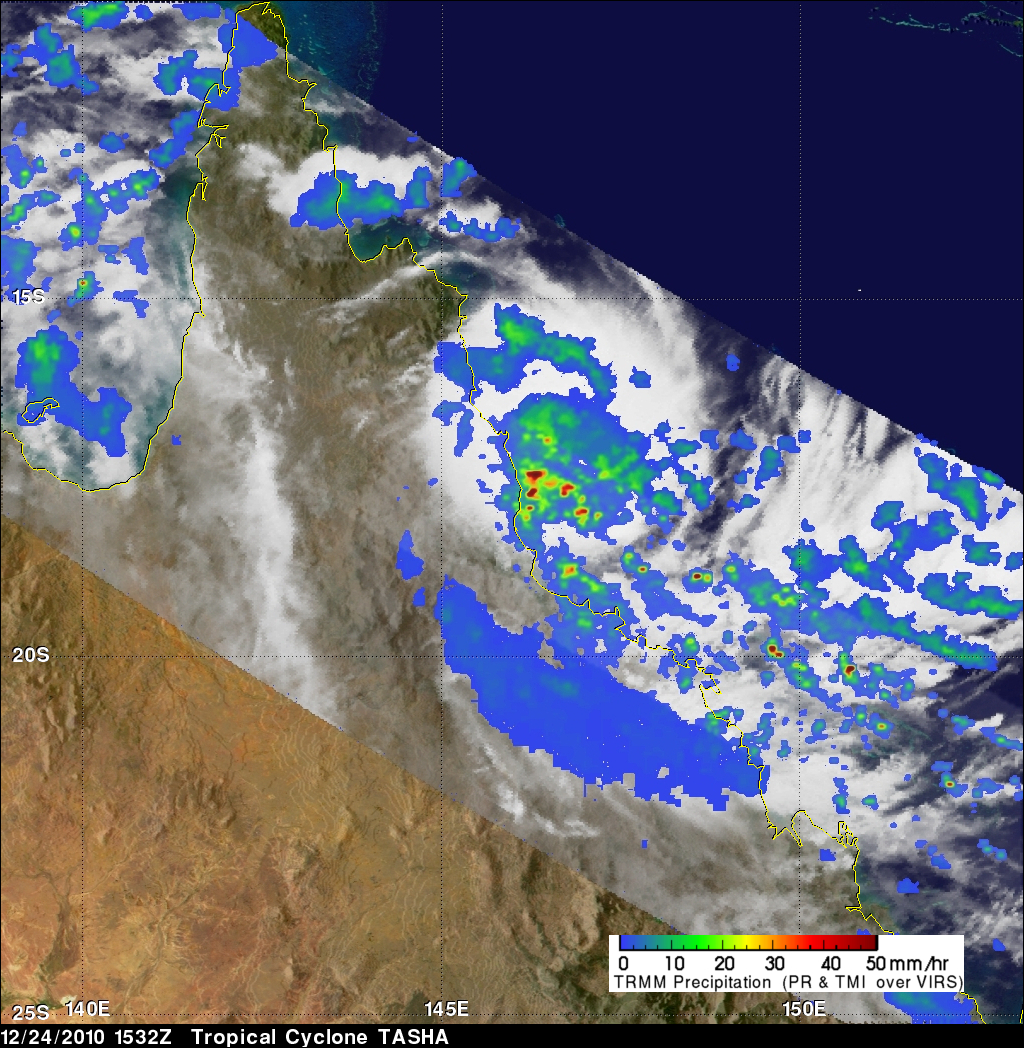 Tropical Storm Tasha was short lived, but during its brief appearance in late December 2010, the storm pounded northeastern Australia with heavy rain. Tasha reached tropical storm strength on December 24 and made landfall along the Queensland coast the next day.

This image shows Tasha’s rainfall, as observed by the Tropical Rainfall Measuring Mission (TRMM), on December 24, 2010. Color-coded precipitation levels (red is the highest and blue is the lowest) are superimposed on a photo-like image. Large expanses of rainfall occur along the Coral Sea and the Gulf of Carpentaria, with pockets of particularly heavy rain near the Coral Sea coast.