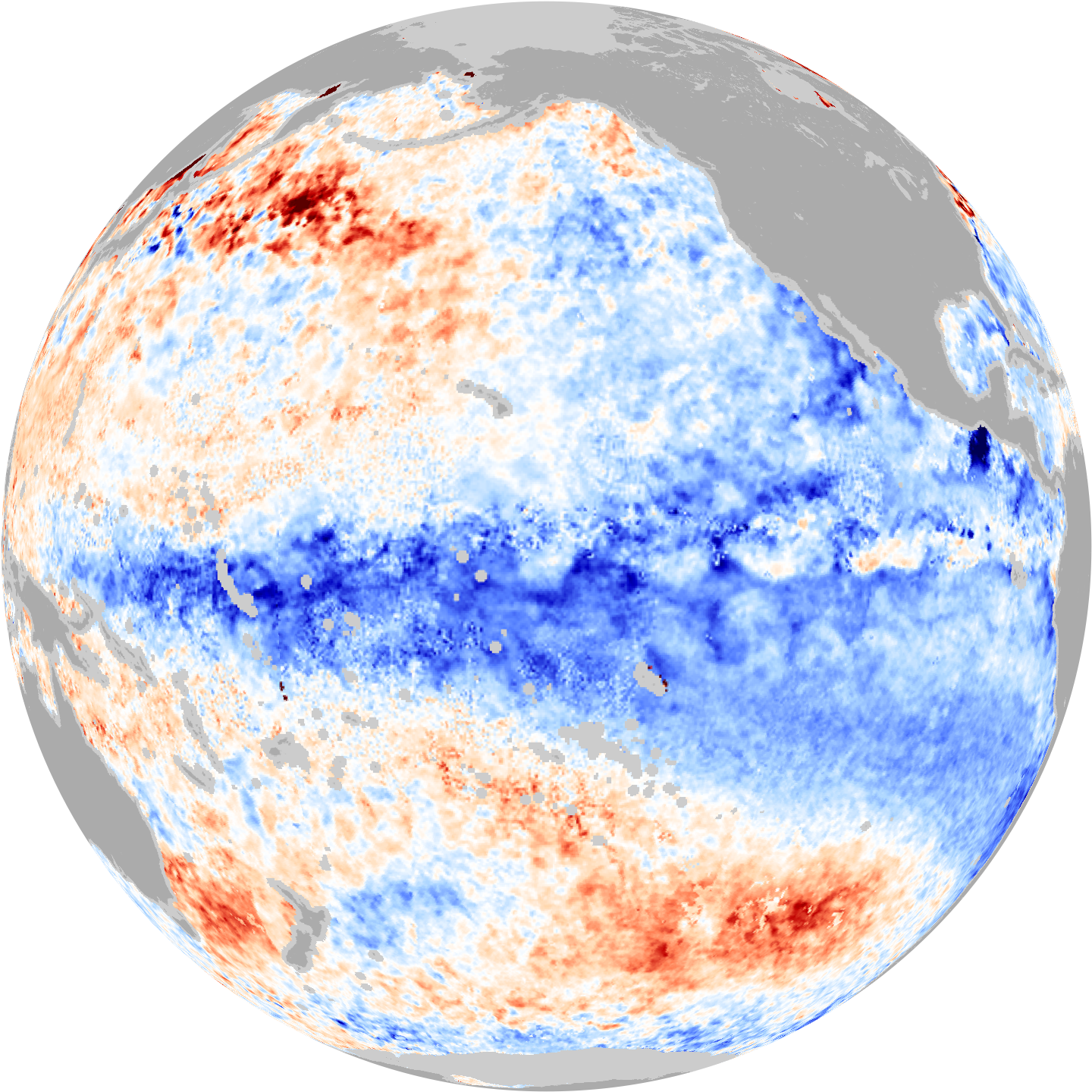 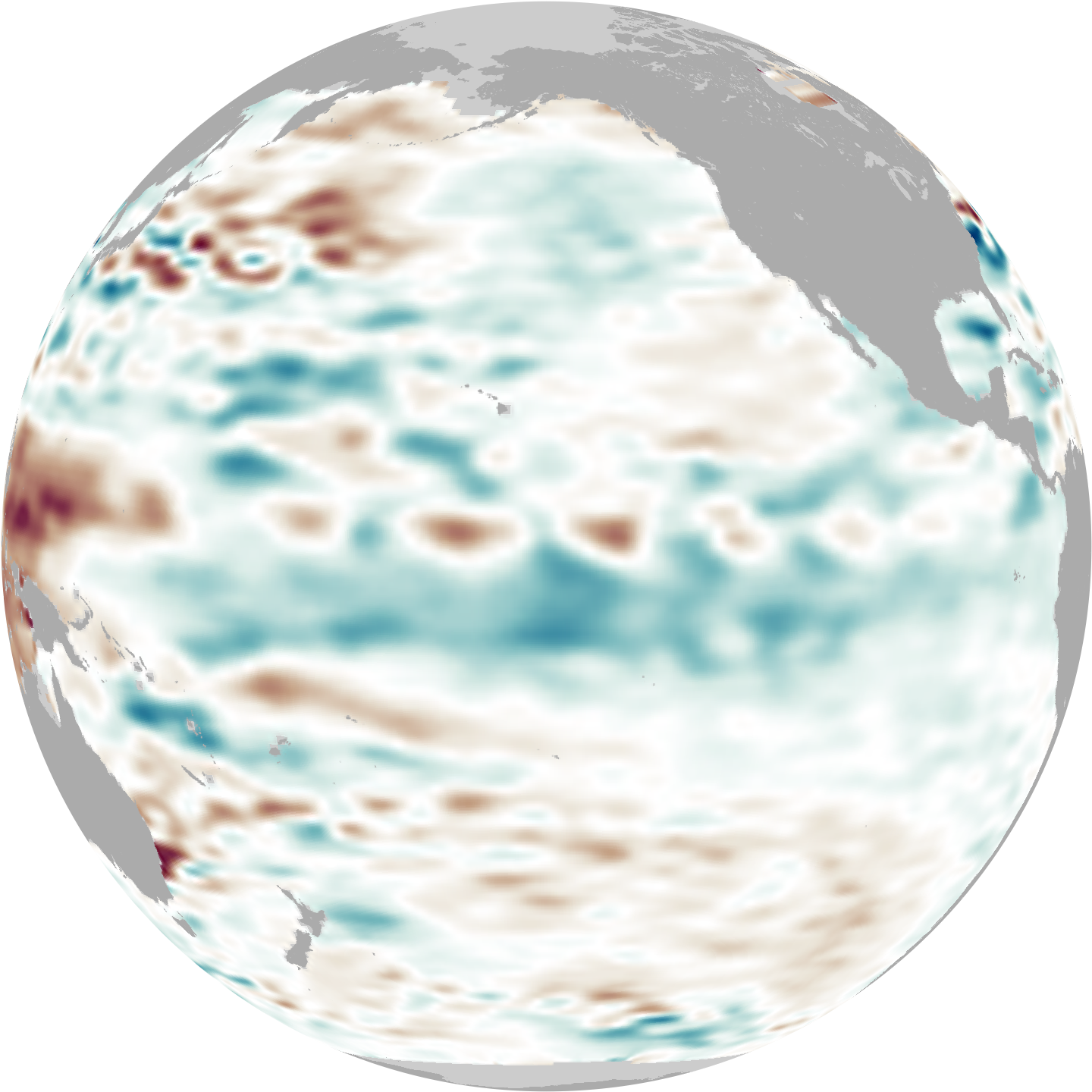 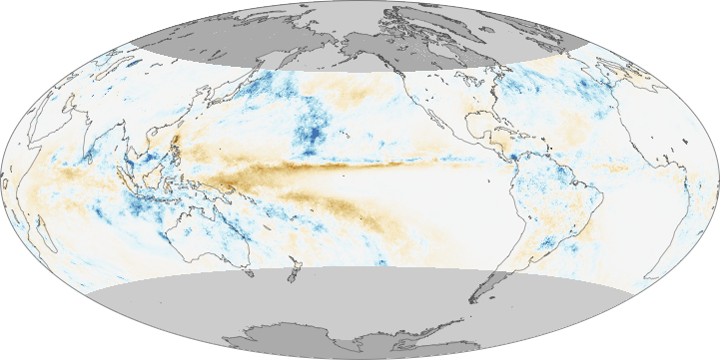 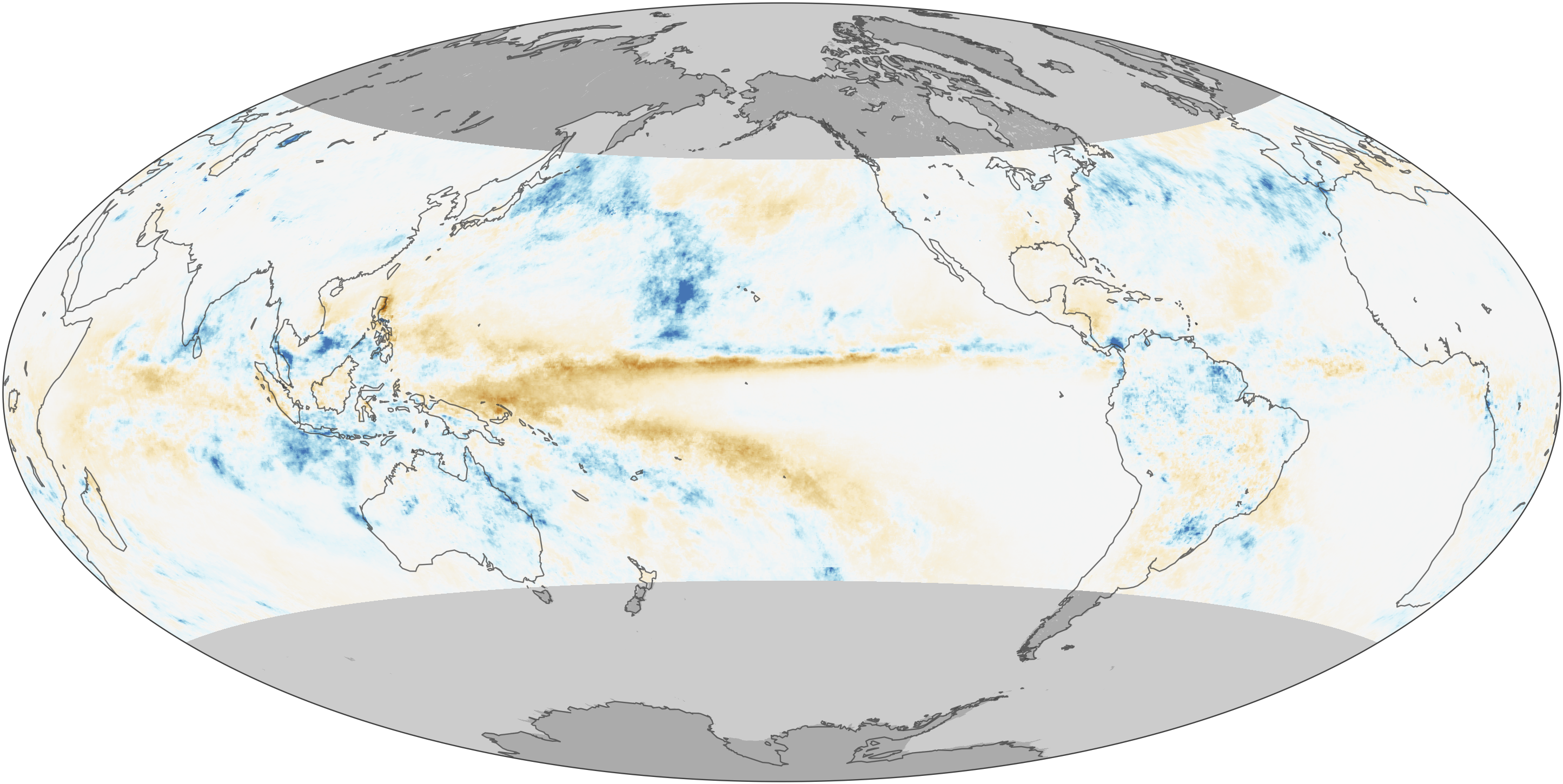 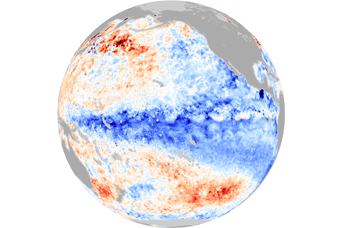 These images show that the central and eastern Pacific Ocean was unusually cold in December 2010, a tell-tale sign of La Niña. The associated rainfall map shows that La Niña was impacting weather in parts of the globe.