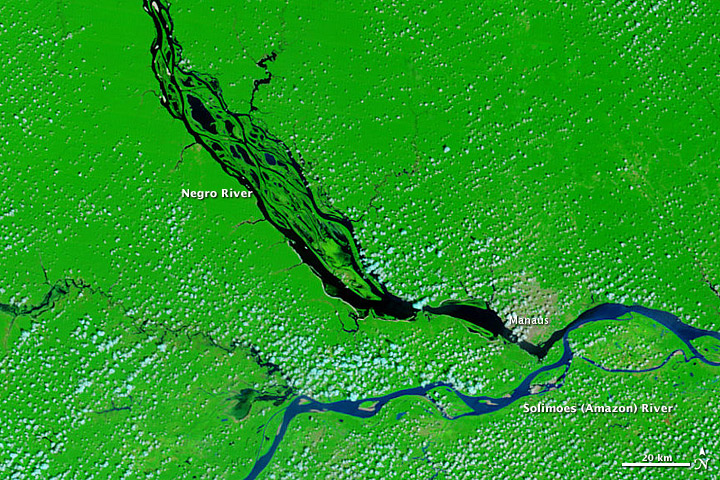 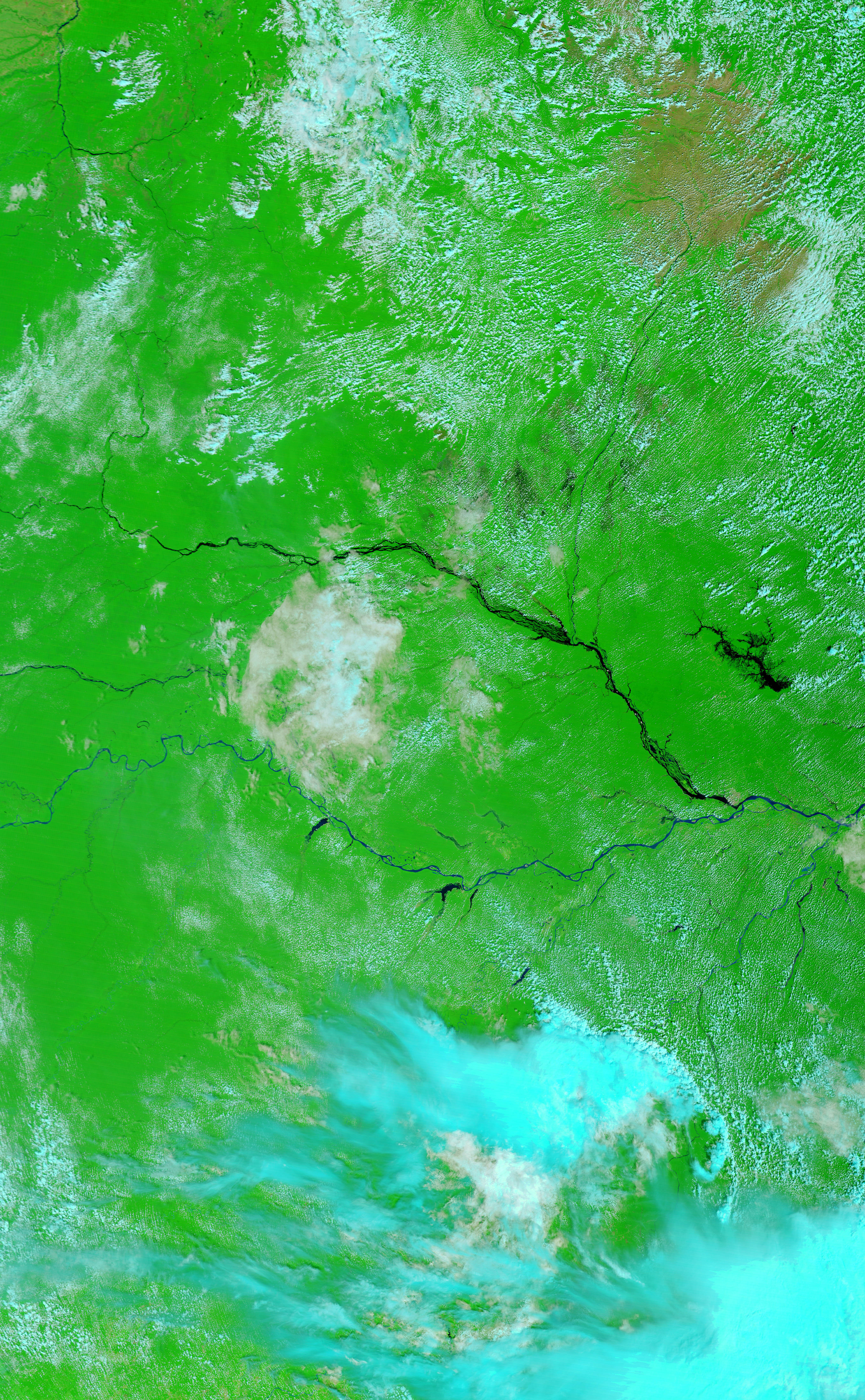 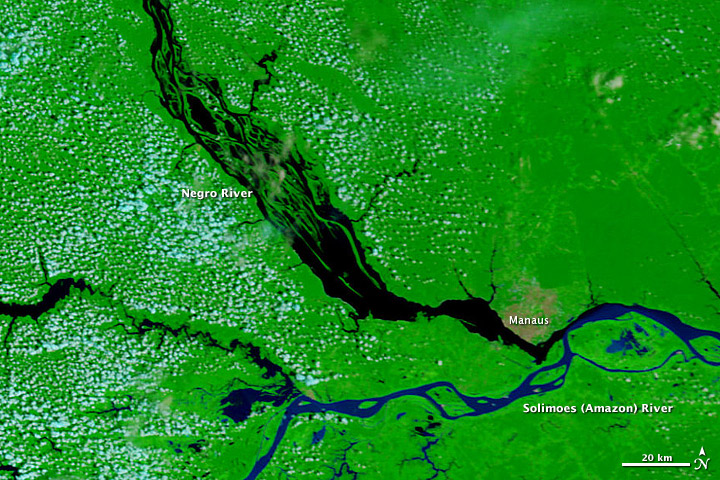 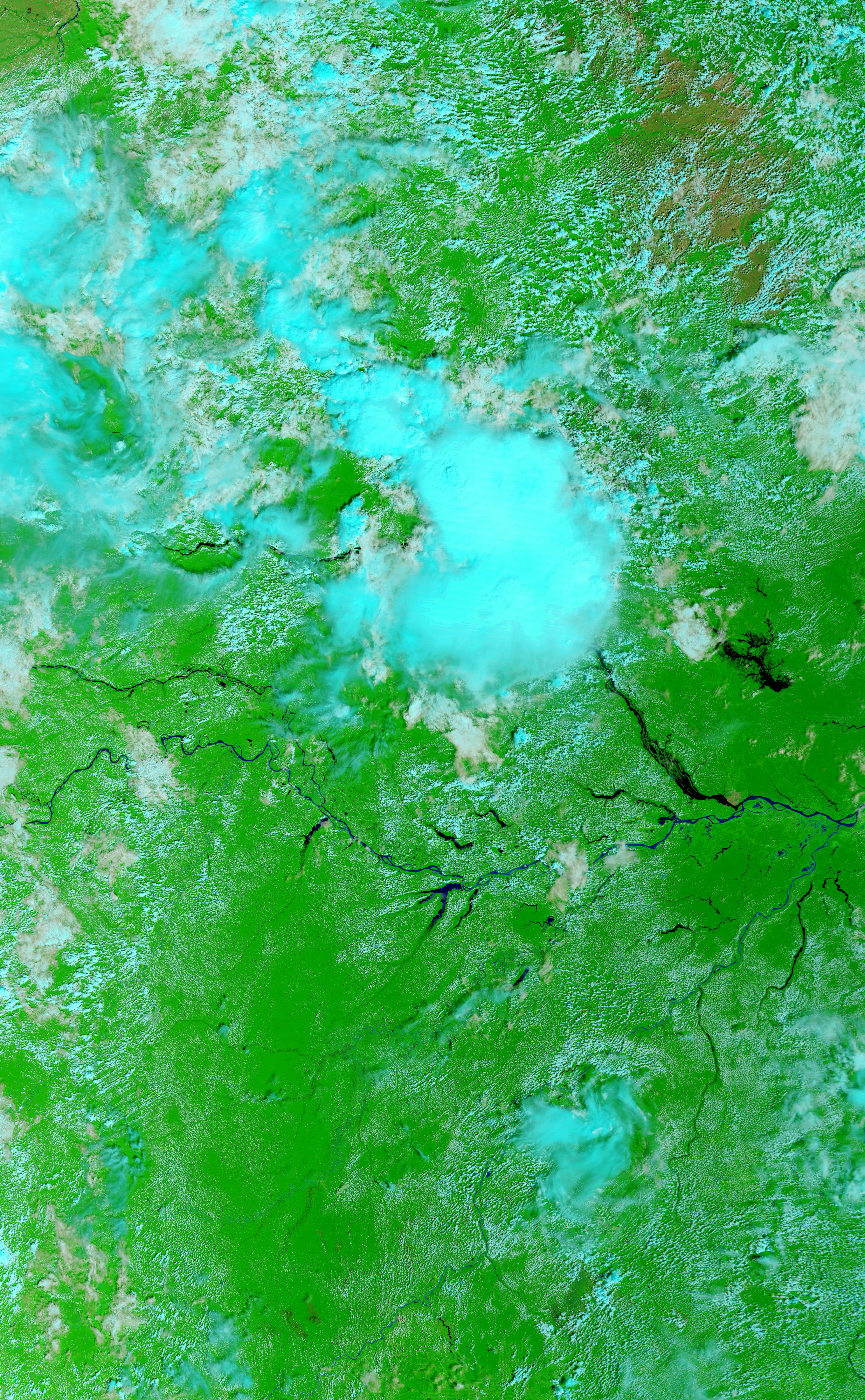 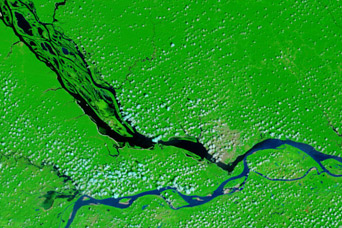 The impact of severe drought on the Negro River, a tributary of the Amazon River, and other rivers in the basin is dramatically evident in this pair of images, which show that every body of water has shrunk in 2010 compared to 2008.