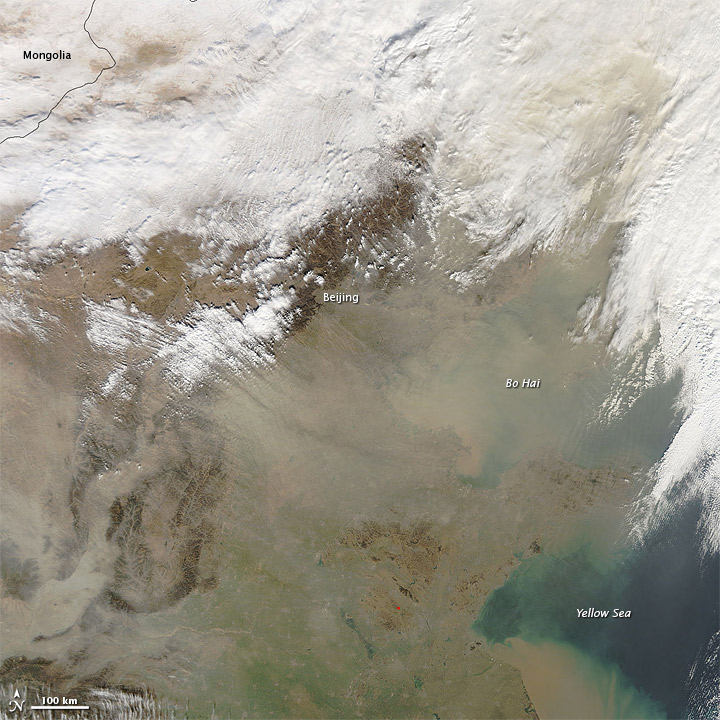 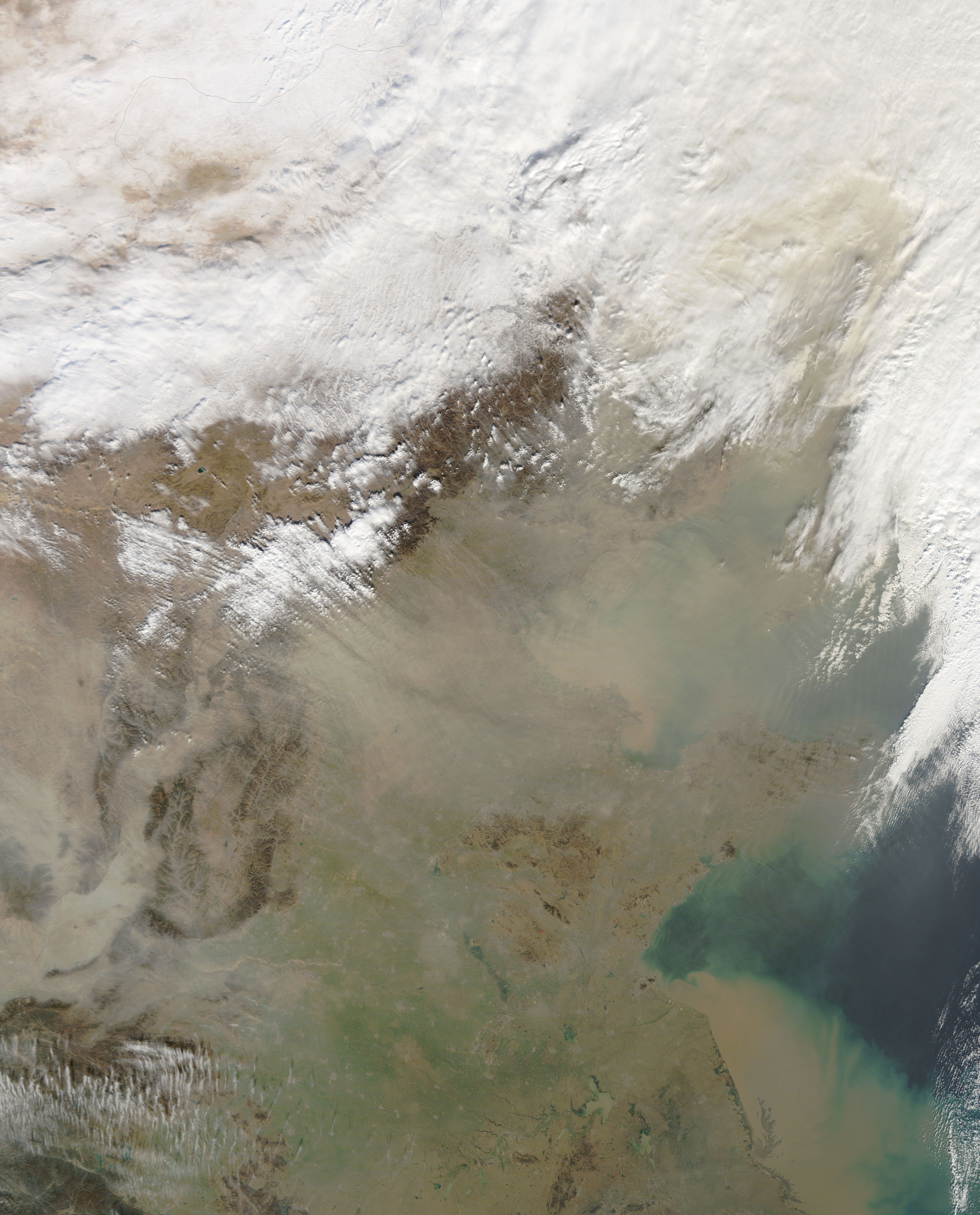 East of Beijing, the dust is thick enough to almost completely hide the shoreline of the Bo Hai, although some of the tan color in that region may come from sediment in the water, as it does in the Yellow Sea. Northeast of the capital city, dust mingles with clouds, lending them a pale camel hue. Southwest of Beijing, parallel dust plumes blow toward the southeast. Farther to the southwest (left edge of image), dust fills mountain valleys, leaving the satellite sensor a clear view of mountain peaks.