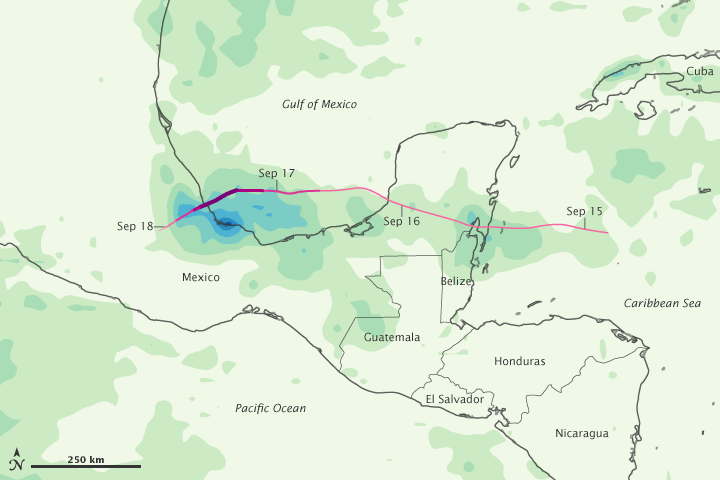 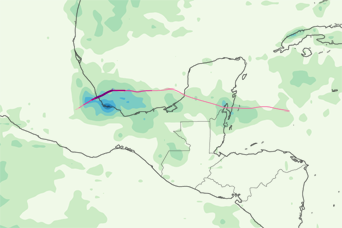 This color-coded map shows the rainfall and storm track associated with Hurricane Karl from September 14 to 18, 2010.