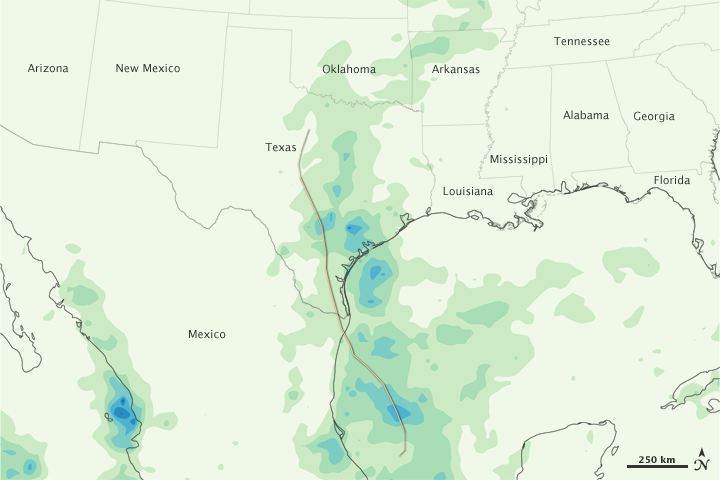 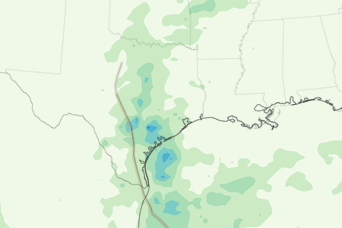 Tropical Hermine’s track inland is defined by a trail of heavy rain in this rainfall map from September 2-8, 2010.