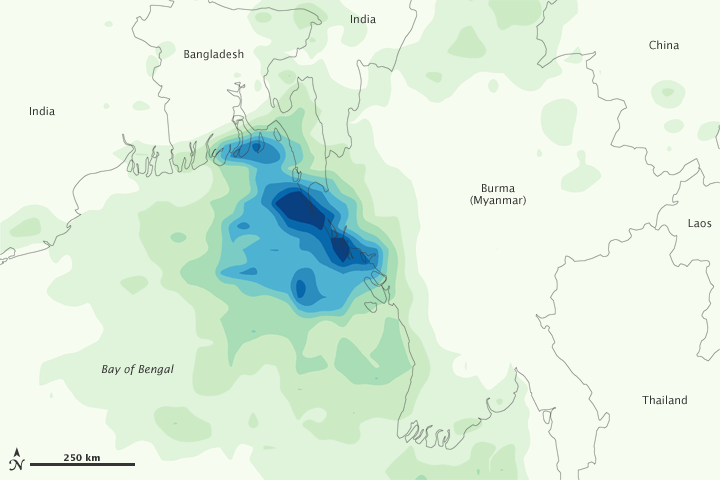 Heavy Rains in Burma and Bangladesh

In June 2010, relentless monsoon rains triggered floods and landslides near the Bay of Bengal. By June 17, 2010, the natural disasters had claimed more than 100 lives and forced thousands to evacuate in Burma (Myanmar) and Bangladesh.

This color-coded image shows rainfall amounts from June 10–16, 2010. The lightest rainfall amounts appear in pale green, and the heaviest amounts appear in dark blue. The heaviest rainfall—600 or more millimeters (24 or more inches)—is concentrated along the northern coast of Burma and the eastern coast of Bangladesh. Lighter but still significant rainfall extends over the Bay of Bengal, and inland over Bangladesh, India, and Burma.