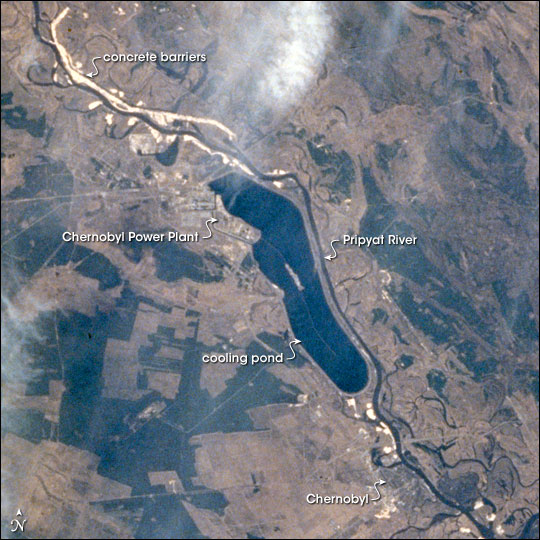 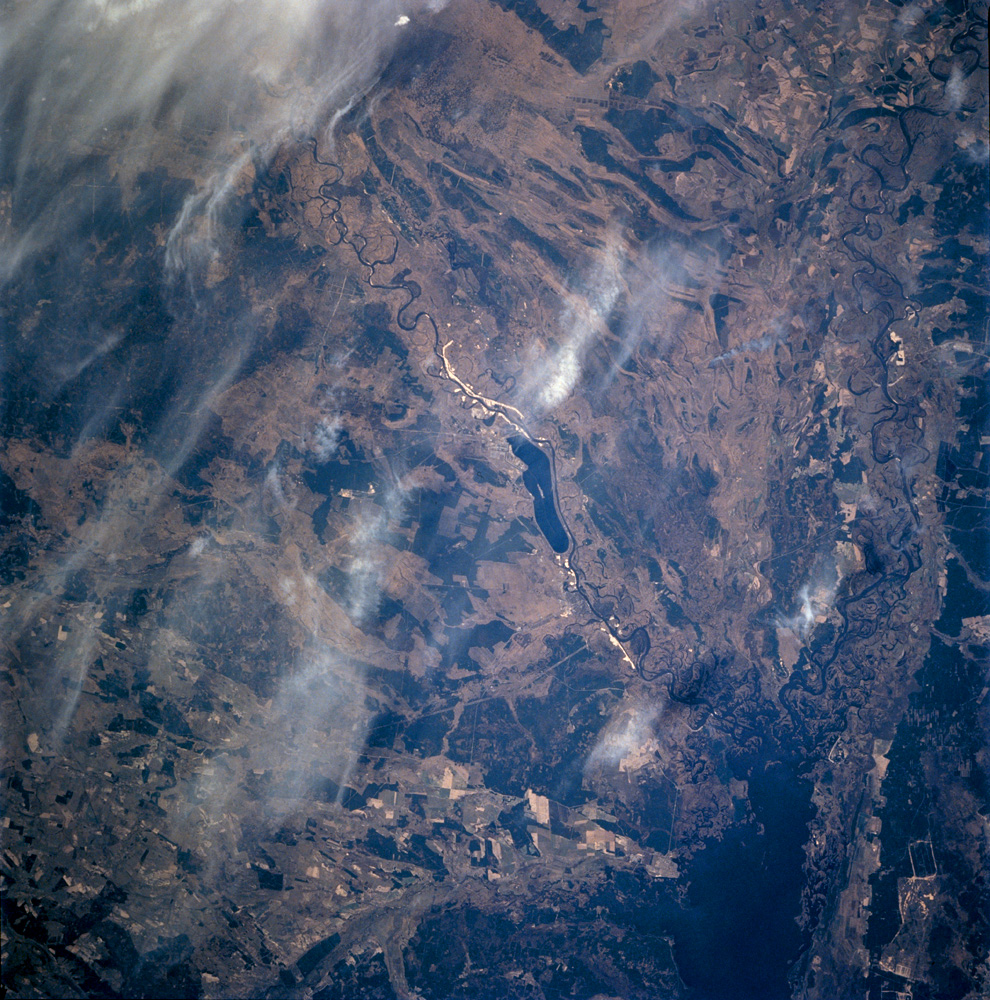 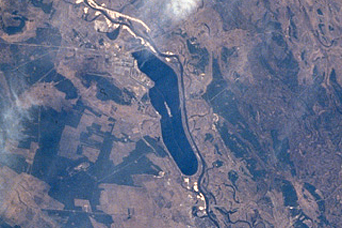 On April 26, 1986, the world’s worst nuclear power accident occurred at the Chernobyl Nuclear Power Plant near the Ukrainian-Belarus border. Toxic radionuclides like Cs137 and Sr90 contaminated an area of 155,000 square kilometers in what is today Belarus, Ukraine and Russia. Hundreds of thousands of people were killed, sickened from radiation-induced illnesses, or resettled to uncontaminated land. This image, taken from the Russian Mir spacecraft, shows Chernobyl and the surrounding countryside.

Image NM23-745-116 was taken April 27, 1997, from the Russian Mir Space Station with a Hasselblad medium format camera equipped with a 250-mm lens and is provided by the Earth Observations Laboratory, Johnson Space Center. The NASA-Mir program was the first phase of the International Space Station Program, which now supports the Earth Observations Laboratory. The program trains astronauts to take pictures of Earth that are of value to scientists and the public, and to make those images freely available on the Internet. Additional images taken by astronauts and cosmonauts can be viewed at the NASA/JSC Gateway to Astronaut Photography of Earth.