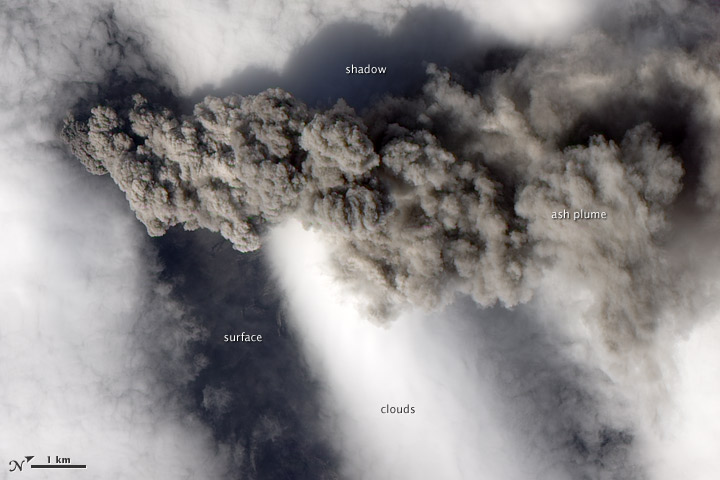 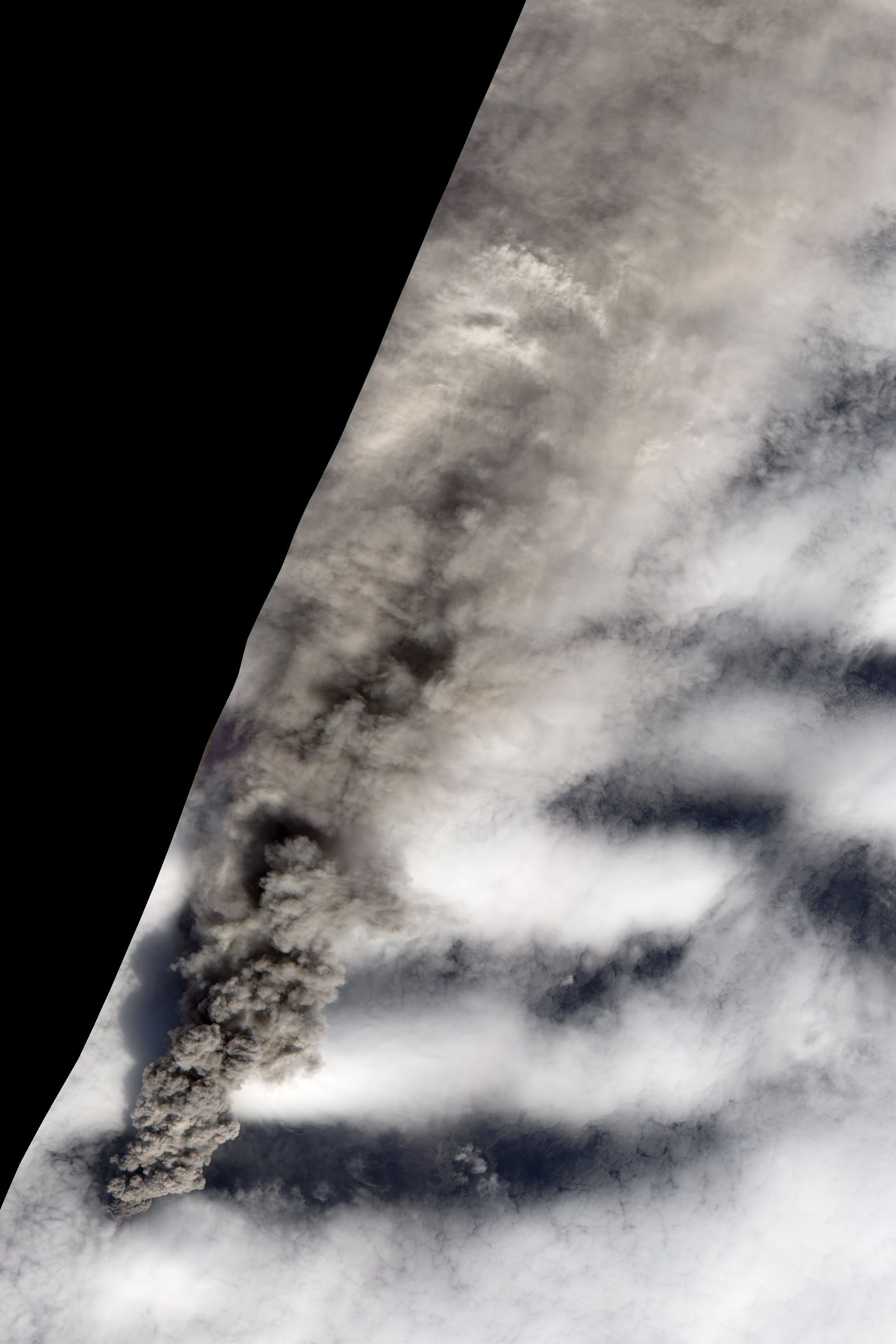 A thick plume of charcoal-colored ash—one of the last big eruptions from EyjafjallajÃ¶kull Volcano in May 2010—casts dark shadows on a pristine deck of clouds in this image from May 18, 2010.