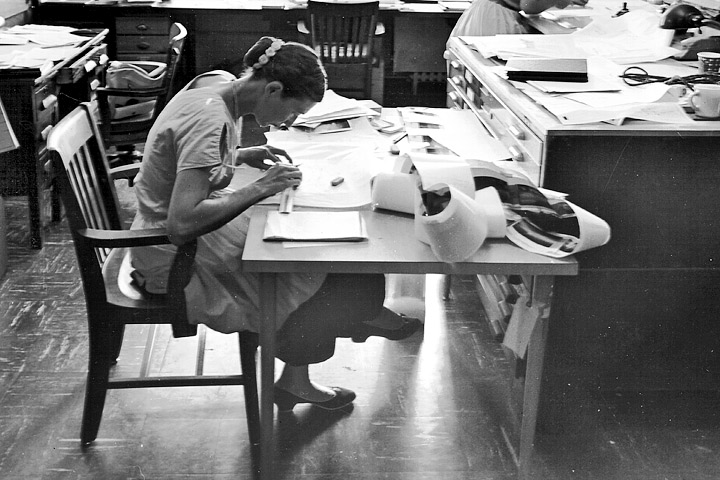 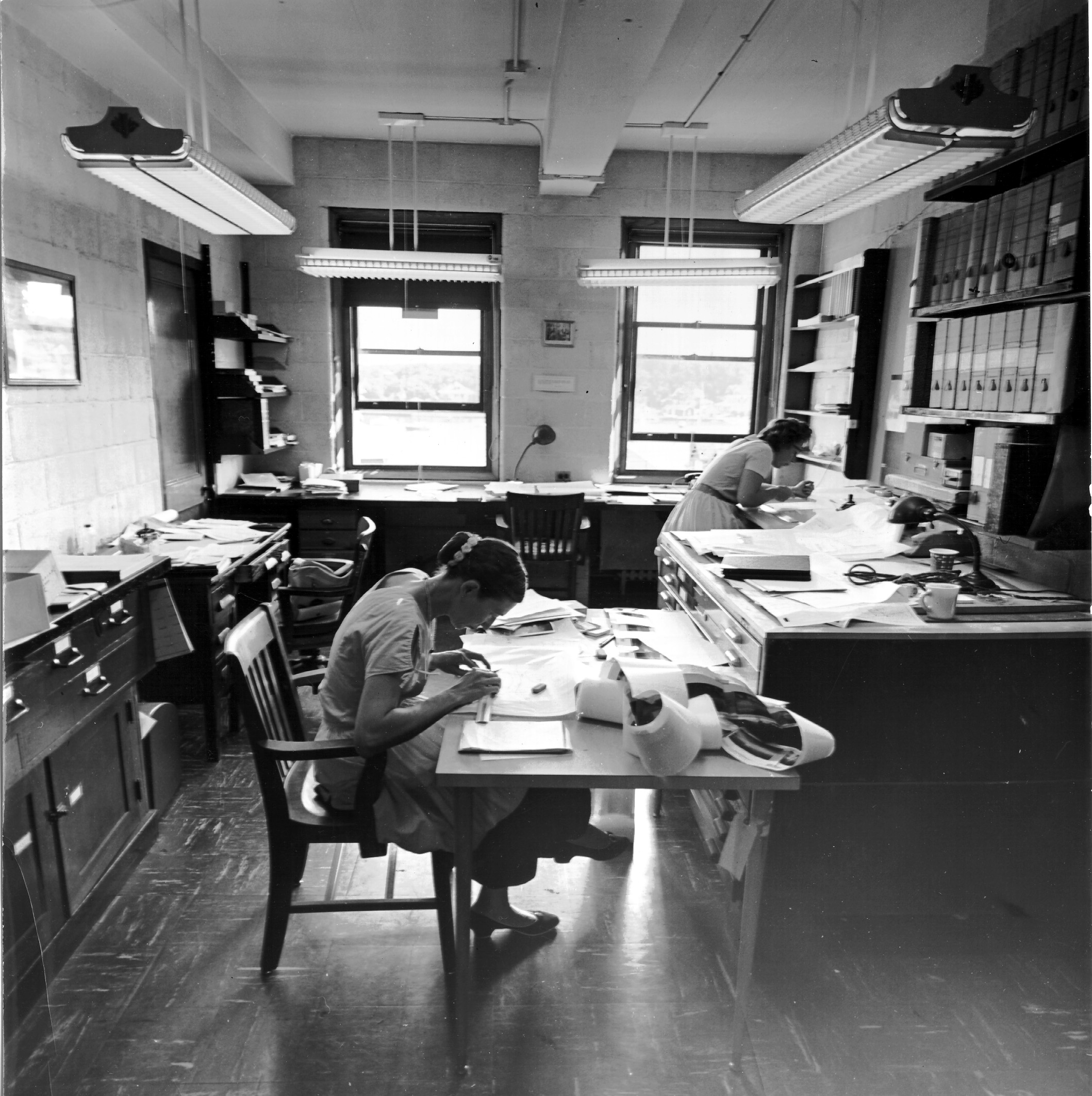 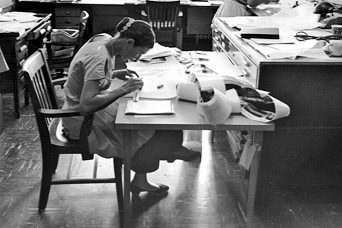 Dr. Joanne Simpson (1923–2010) pores over reams of images of tropical clouds filmed during flights across the tropical Pacific. The photos and her hand-drawn maps of cloud formations became the foundation for her groundbreaking “hot towers” hypothesis about atmospheric circulation in the tropics.