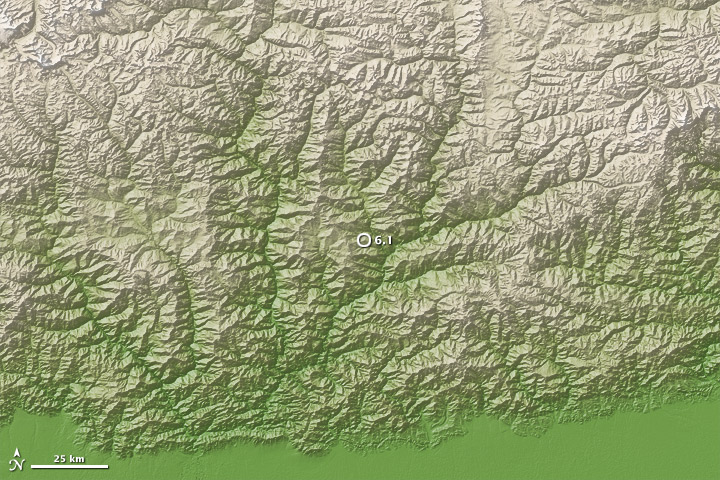 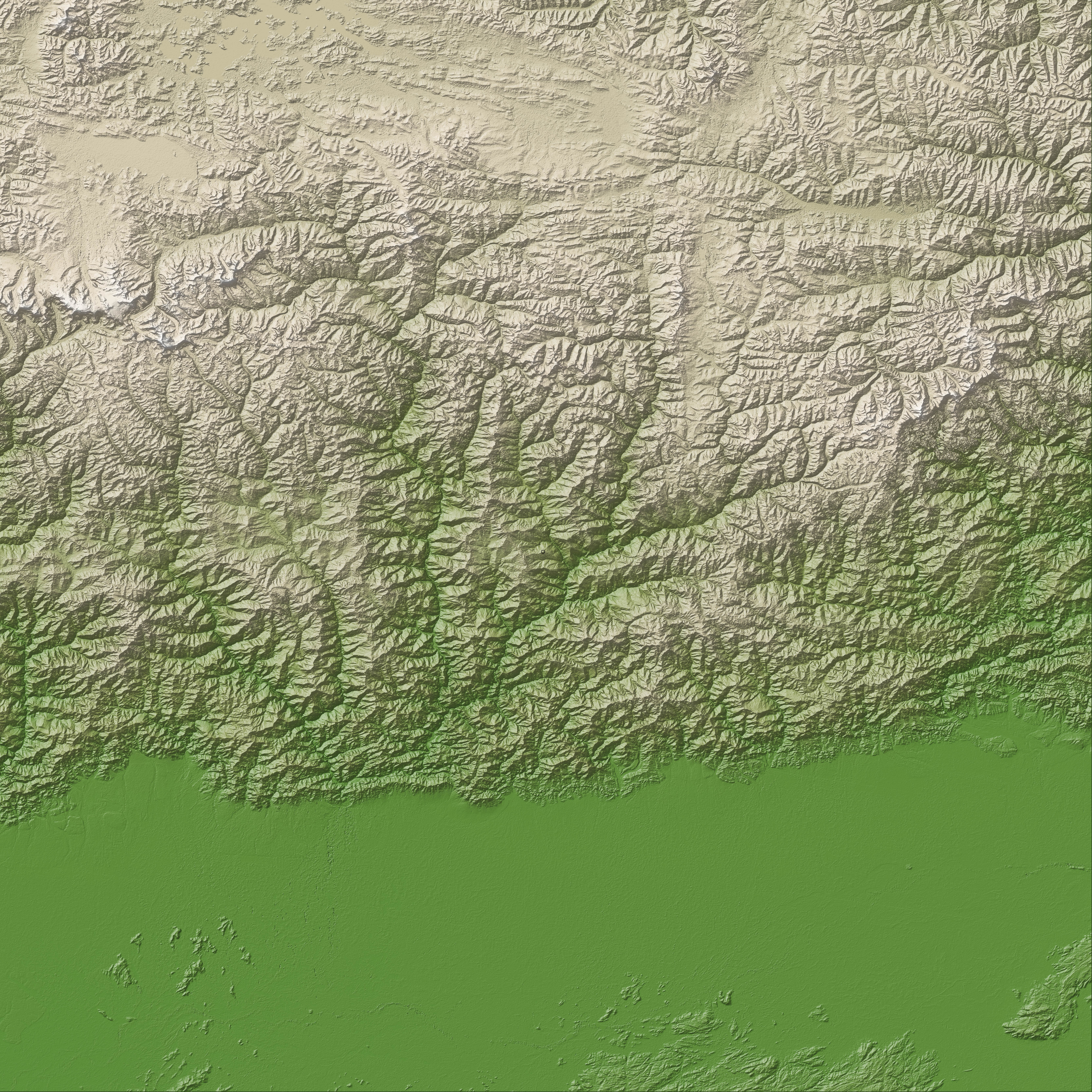 A magnitude 6.1 earthquake struck the mountainous nation of Bhutan on the afternoon of September 21, 2009. According to reports from AFP, at least 10 people died, and some houses and monasteries near the epicenter were damaged. Shaking from the earthquake was felt throughout Bhutan and in Tibet and northeastern India.

Bhutan is located in the Himalayan Mountains, along the boundary between the Indian and Eurasian tectonic plates. The Indian plate is moving northwards relative to the Eurasian plate, pushing the Himalayas upwards as the plates collide. As a result, large earthquakes are frequent in the area. A magnitude 8.5 earthquake—the largest ever recorded on land—occurred nearby in the Indian state of Assam in 1950.