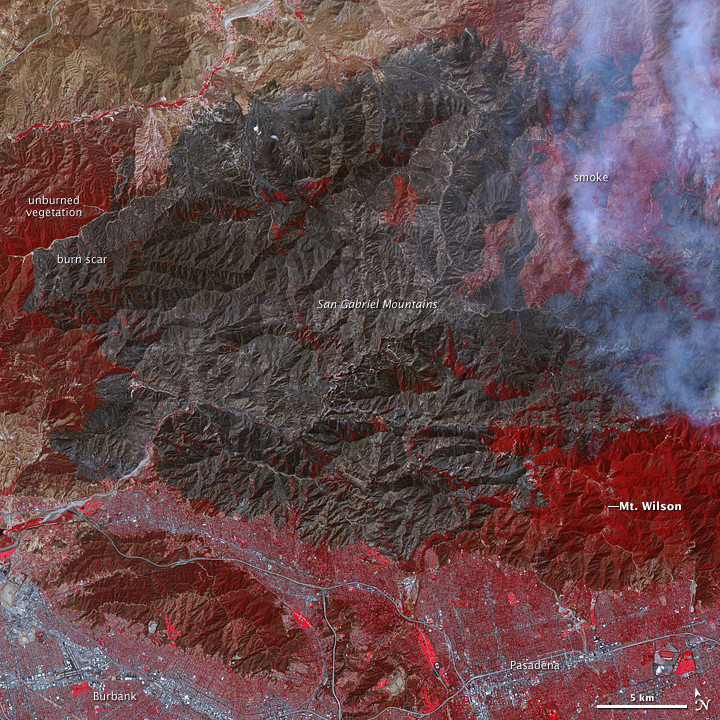 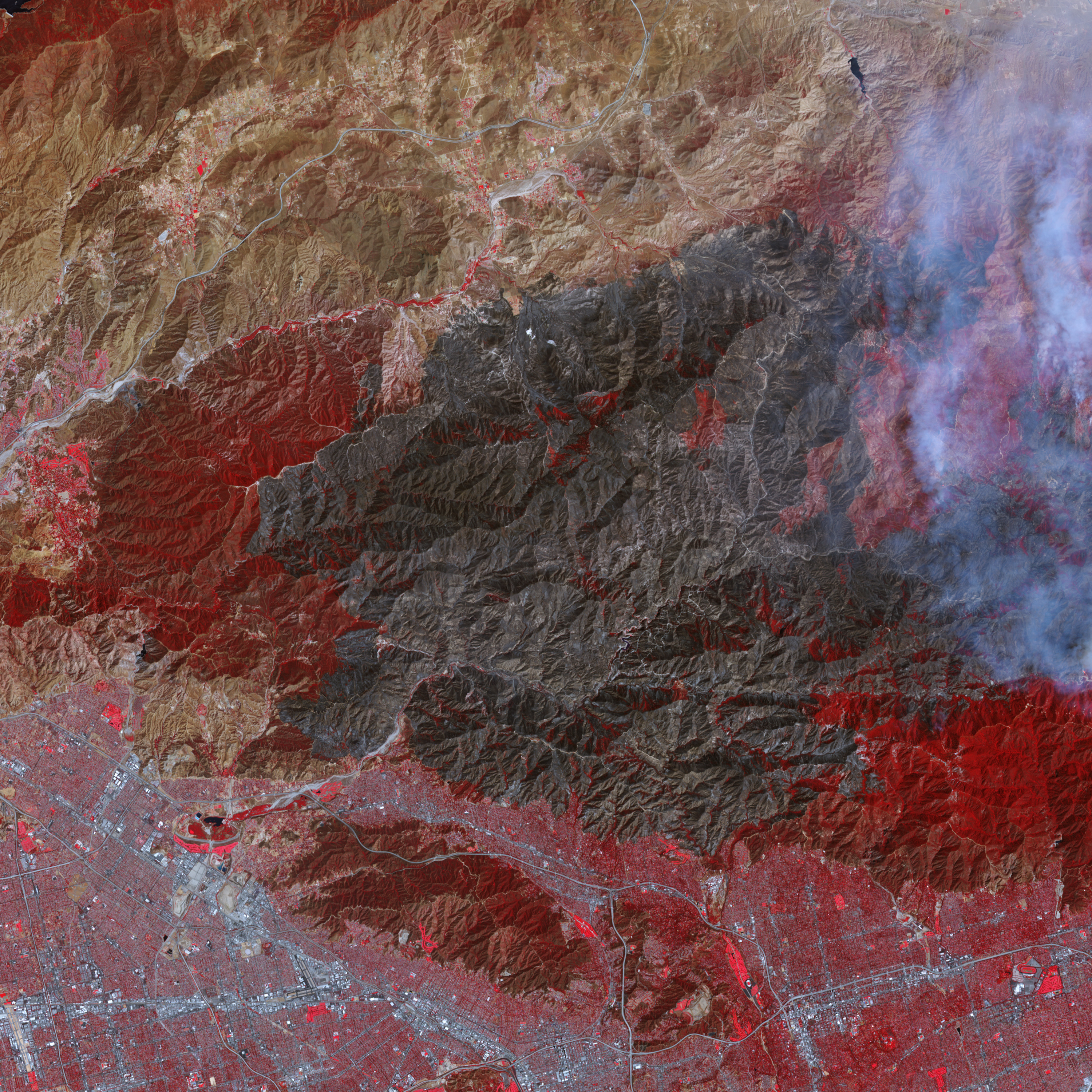 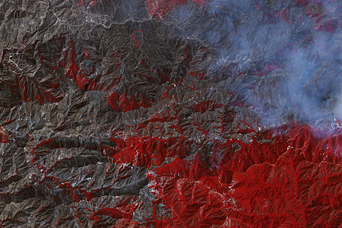 The charred landscape left by the Station Fire in southern California covers much of the San Gabriel Mountains, edging down into residential areas northwest of Pasadena. Smoke rolls off the eastern edge of the burned land in this image from September 6, 2009.