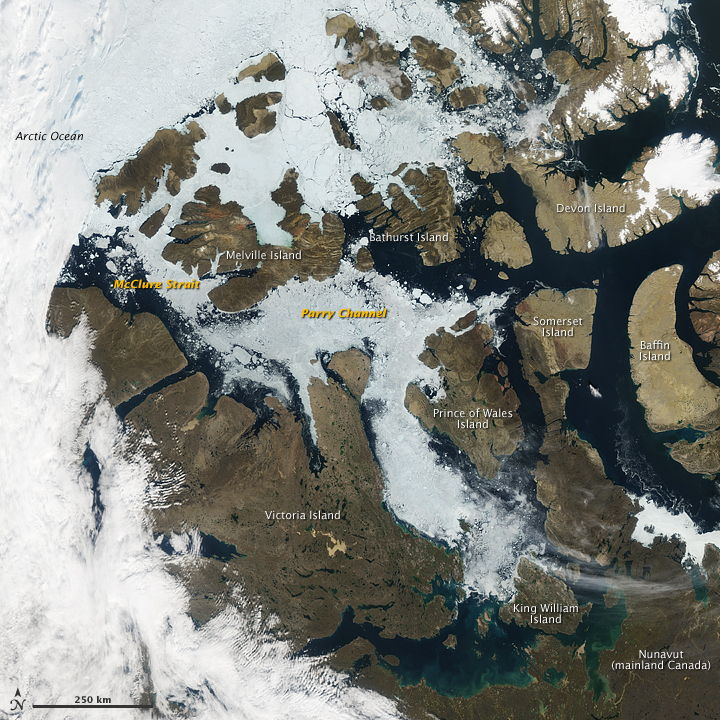 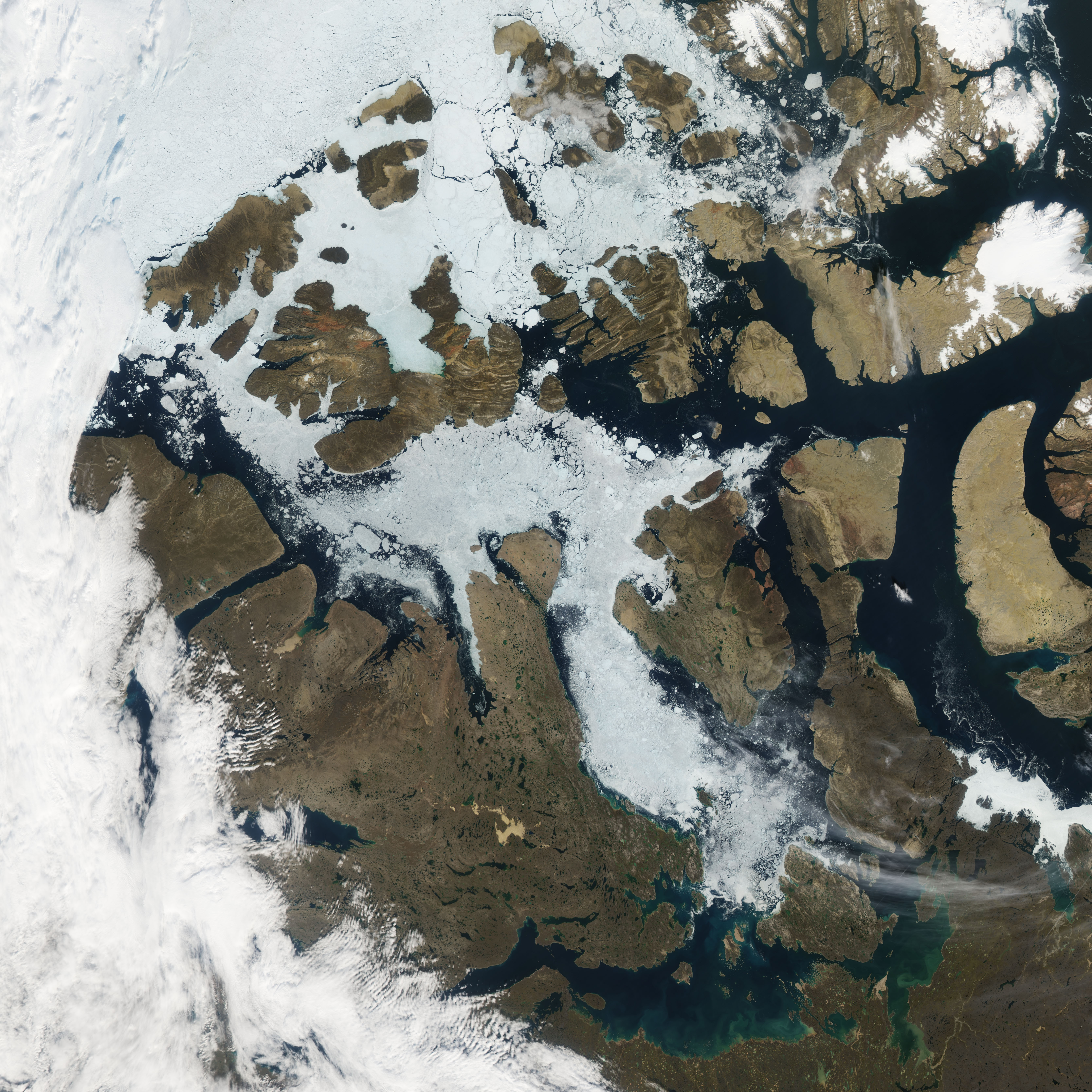 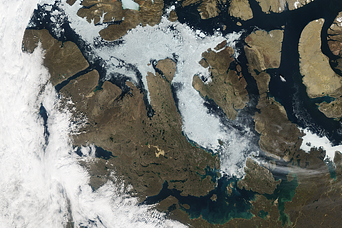 Acquired August 27, 2009, this true-color image shows the partial opening of the Northwest Passage in the Canadian Arctic Archipelago. Besides some ice-free and ice-clogged channels, the image also shows the varied topography of snow-free islands.