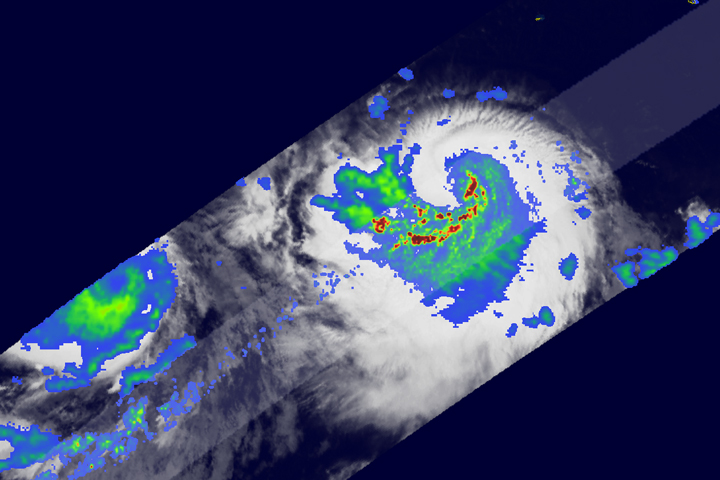 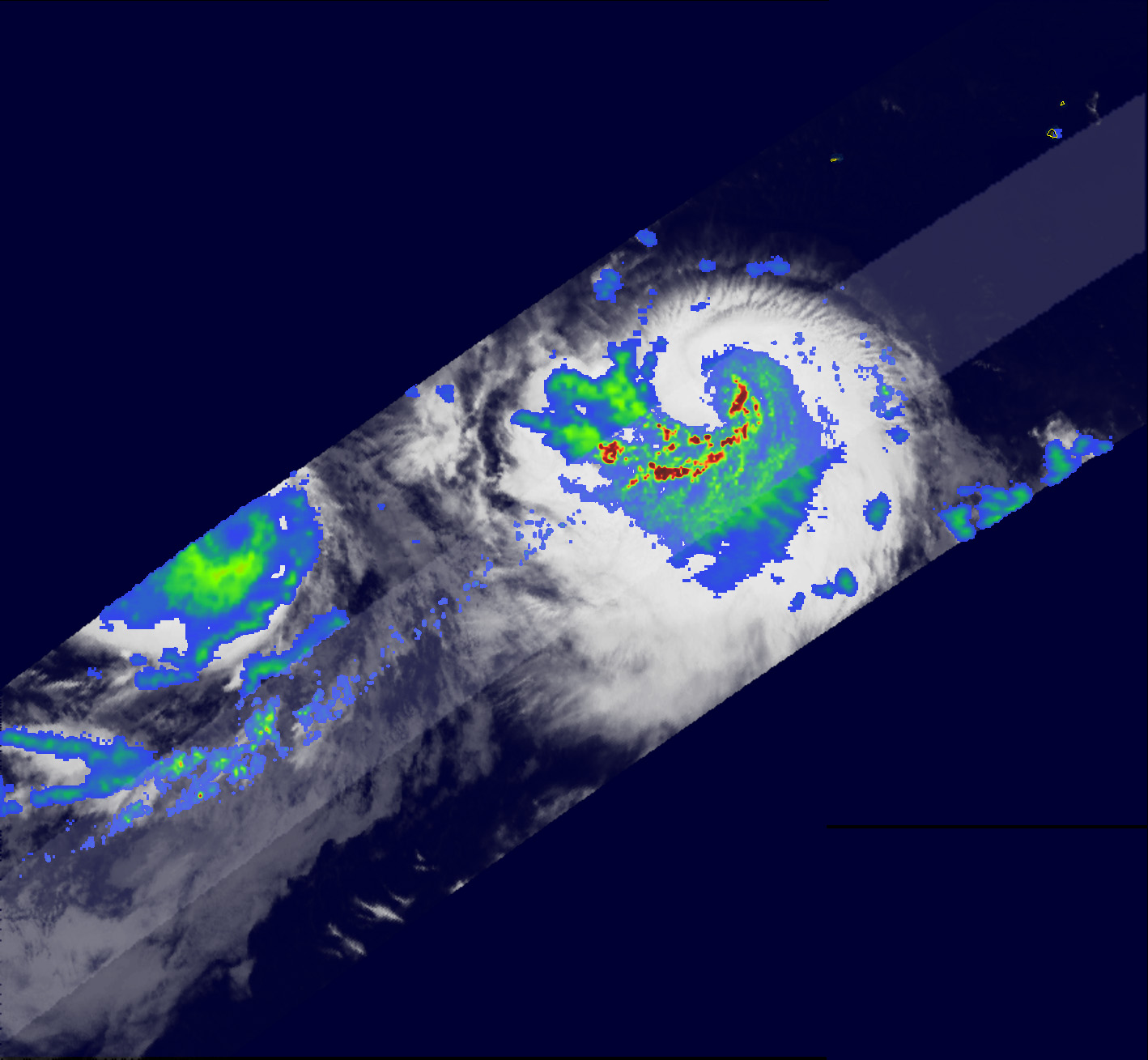 Tropical Storms Felicia and Enrique formed in early August 2009 in the eastern Pacific Ocean southwest of Mexico. By August 5, Felicia had become a Category 3 hurricane with winds near 115 miles per hour (185 kilometers per hour). The National Hurricane Center predicted that Felicia would continue to strengthen slightly, while Enrique would dissipate.

The Tropical Rainfall Measuring Mission (TRMM) satellite captured this image of both storms on August 4, 2009. Felicia, still a tropical storm with winds of 46 miles per hour (75 km/hr) at this point in time, is on the left. Enrique is in the center. When the image was taken, Enrique was slightly stronger than Felicia, with winds of 57 miles per hour (96 km/hr). The image shows both the storm clouds and the rainfall patterns within the storms. Areas of intense rain are red. Lighter rainfall is represented in blue. The spiraling patterns of heavy rain reveal that Enrique had a well-defined center of circulation. The still-developing Felicia exhibited a circular shape, but lacked distinct bands of heavy rain.