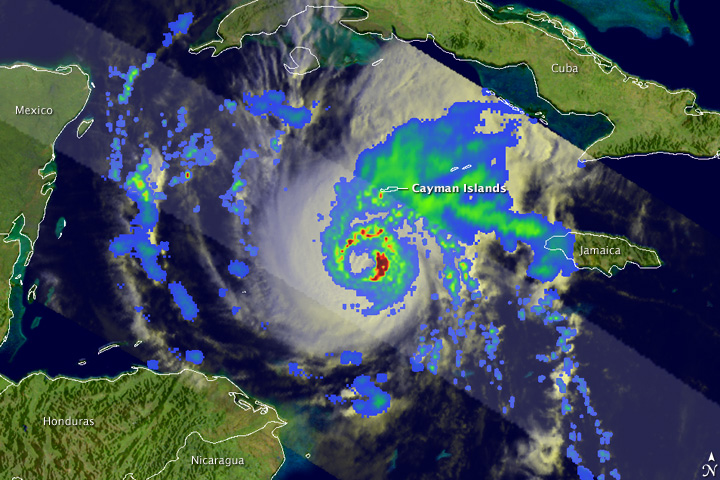 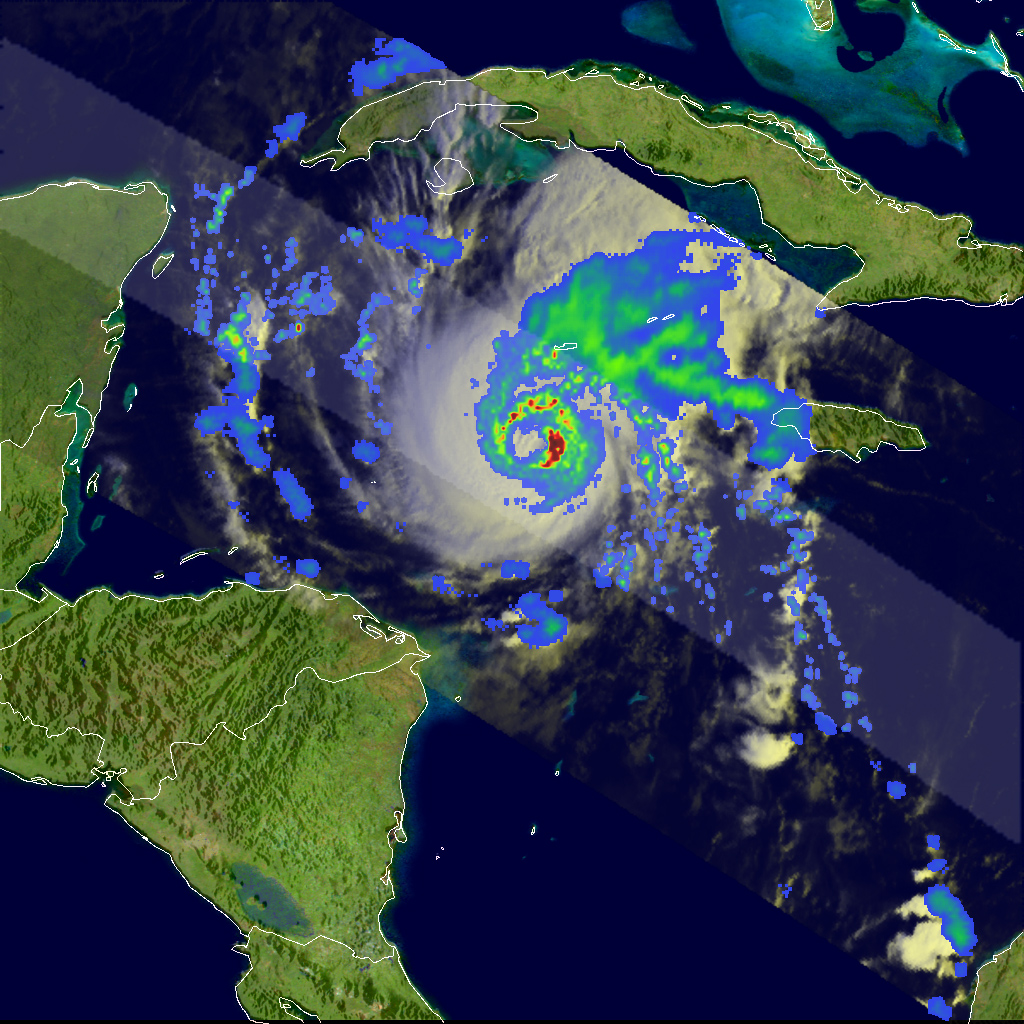 Although it was November, Cuba potentially faced its a third major hurricane of the season as Hurricane Paloma approached. Hurricane Paloma became an intensifying Category 2 storm on November 7, a few hours after TRMM captured this image.