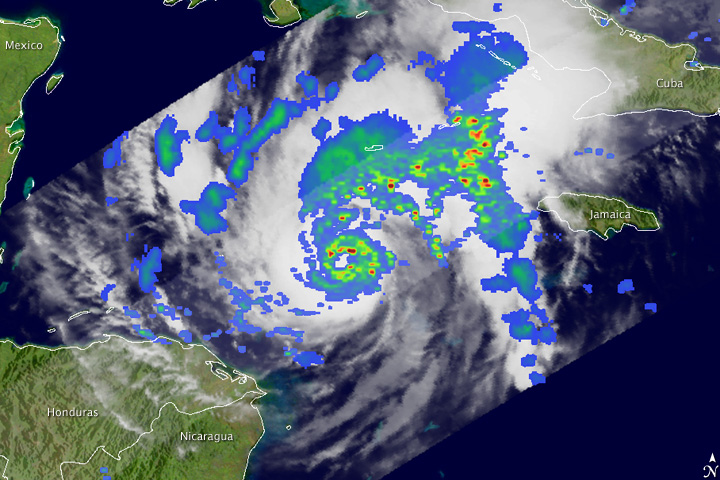 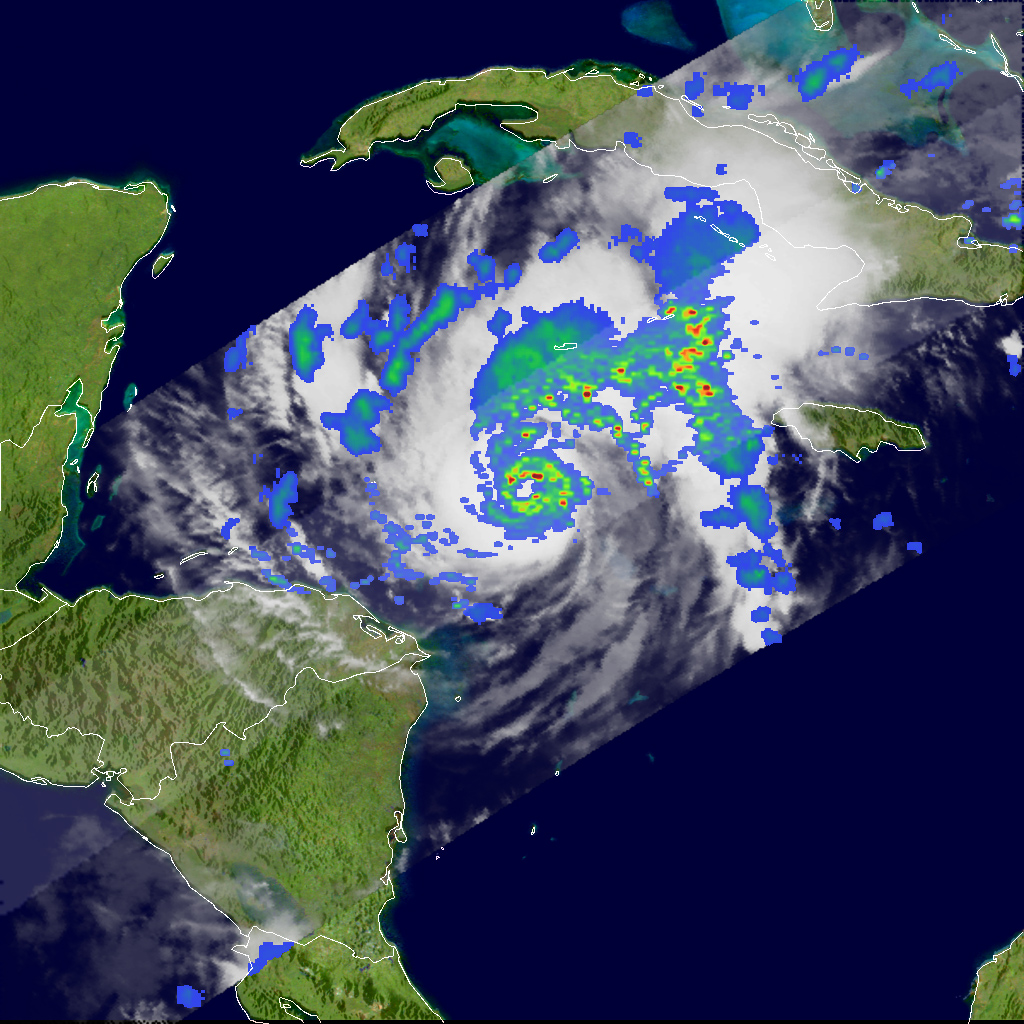 A late-season storm, Paloma developed as a tropical depression in the Caribbean off the coast of Honduras and Nicaragua on November 5, 2008. This image shows the storm as a Category 1 hurricane on November 6.