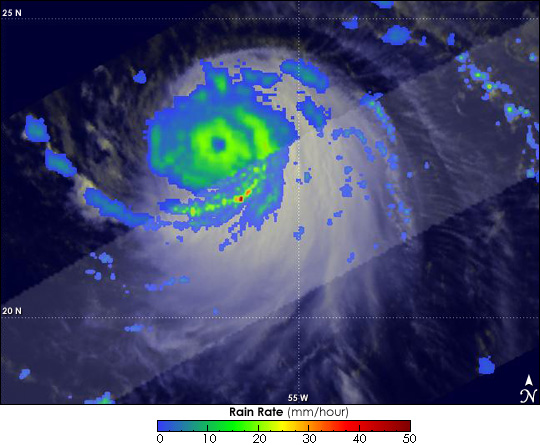 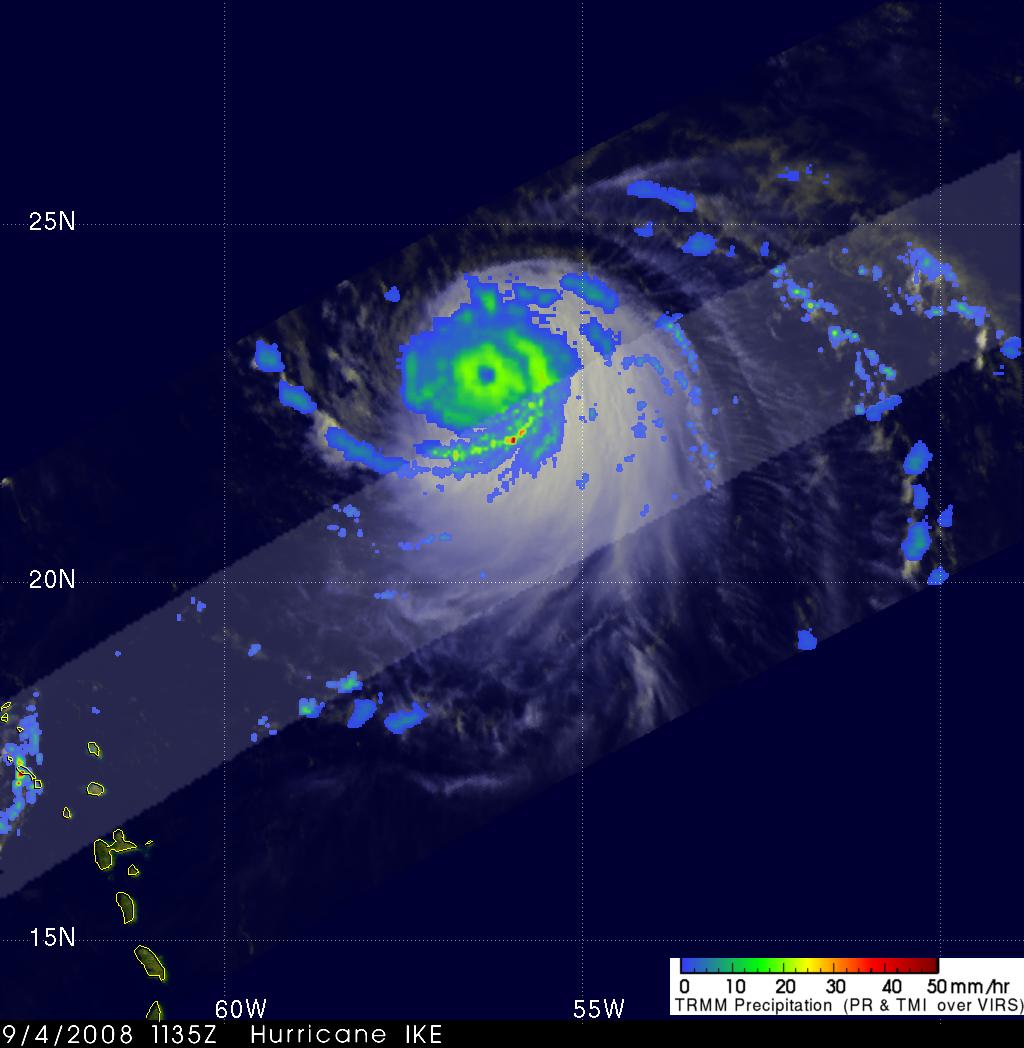 A hurricane’s structure is visible not only in its clouds in photo-like images, but also in its rain field. This image, captured by the Tropical Rainfall Measuring Mission (TRMM) satellite on September 4, 2008, at 7:35 a.m. EDT shows rainfall in Hurricane Ike. At the time, the storm was a dangerous Category 4 hurricane with sustained winds estimated at 230 kilometers per hour (144 miles per hour or 125 knots), according to the National Hurricane Center. A complete ring of rain circles a calm eye; rain rates around the eye were between 10-20 millimeters per hour (green). Additional bands of heavy rain, as high as 50 millimeters per hour (red), spiral out from the center of the storm. Ike was moving west over the Atlantic towards the Bahamas.

TRMM is a joint mission between NASA and the Japan Aerospace Exploration Agency (JAXA) designed to monitor and study tropical rainfall.