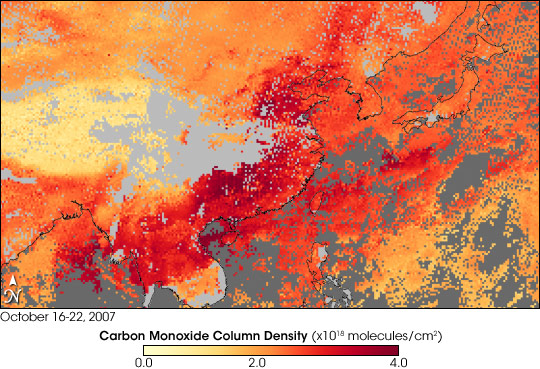 The conspicuous haze over China in mid- to late October 2007 not only obscured the view of the land surface. It also contained substances harder to detect but just as troublesome. Odorless, colorless, and toxic, carbon monoxide can be lethal in large amounts. Additionally, it acts as a precursor to smog and ground-level ozone.