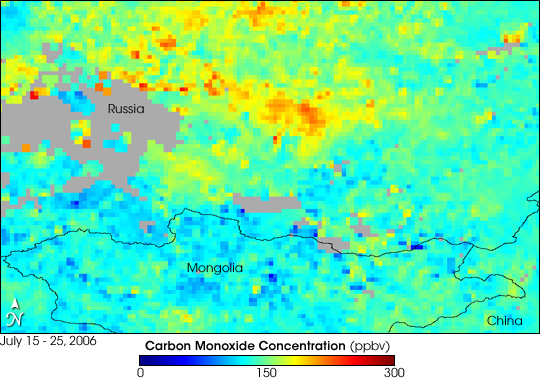 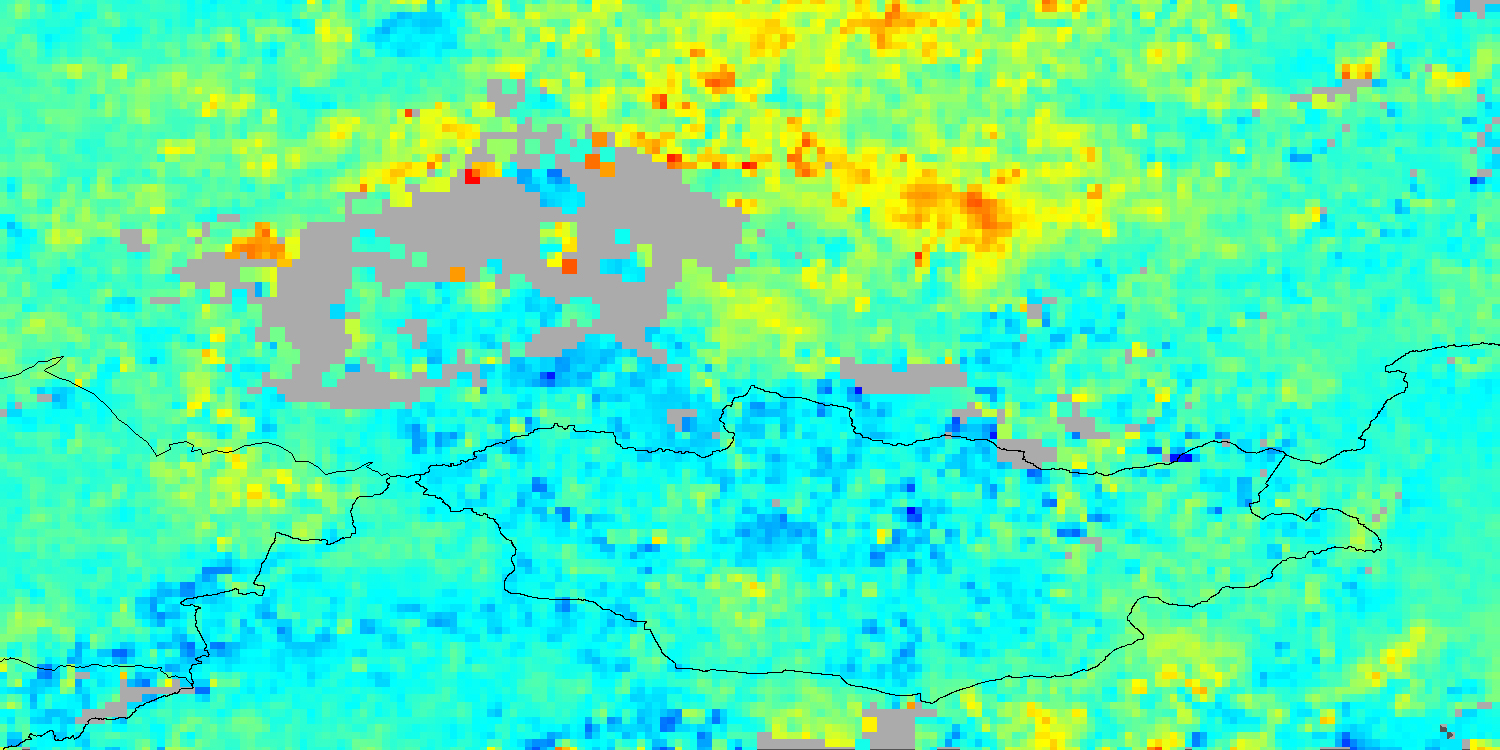 A wave of forest fires that burned across the boreal forests of Siberia in mid- and late July 2006 churned out smoke that spread over much of Russia and as far as Europe. This image from the Measurements of Pollution in the Troposphere (MOPITT) sensor on NASA’s Terra satellite shows the carbon monoxide gas from the fires that accumulated in the atmosphere between July 15-25, 2006. The concentration of carbon monoxide is shown as ppbv, which stands for “parts per billion by volume.” A measurement of 300 parts per billion by volume means that for every billion molecules in a volume of air, 300 of them will be carbon monoxide. Highest levels are shown in red, and lowest levels are shown in blue. Places where the sensor did not make measurements, probably becuase of clouds, are gray.