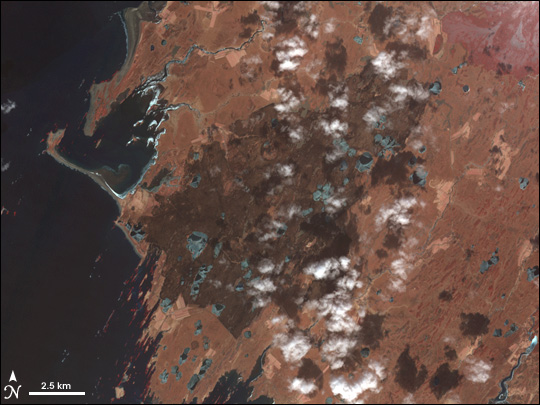 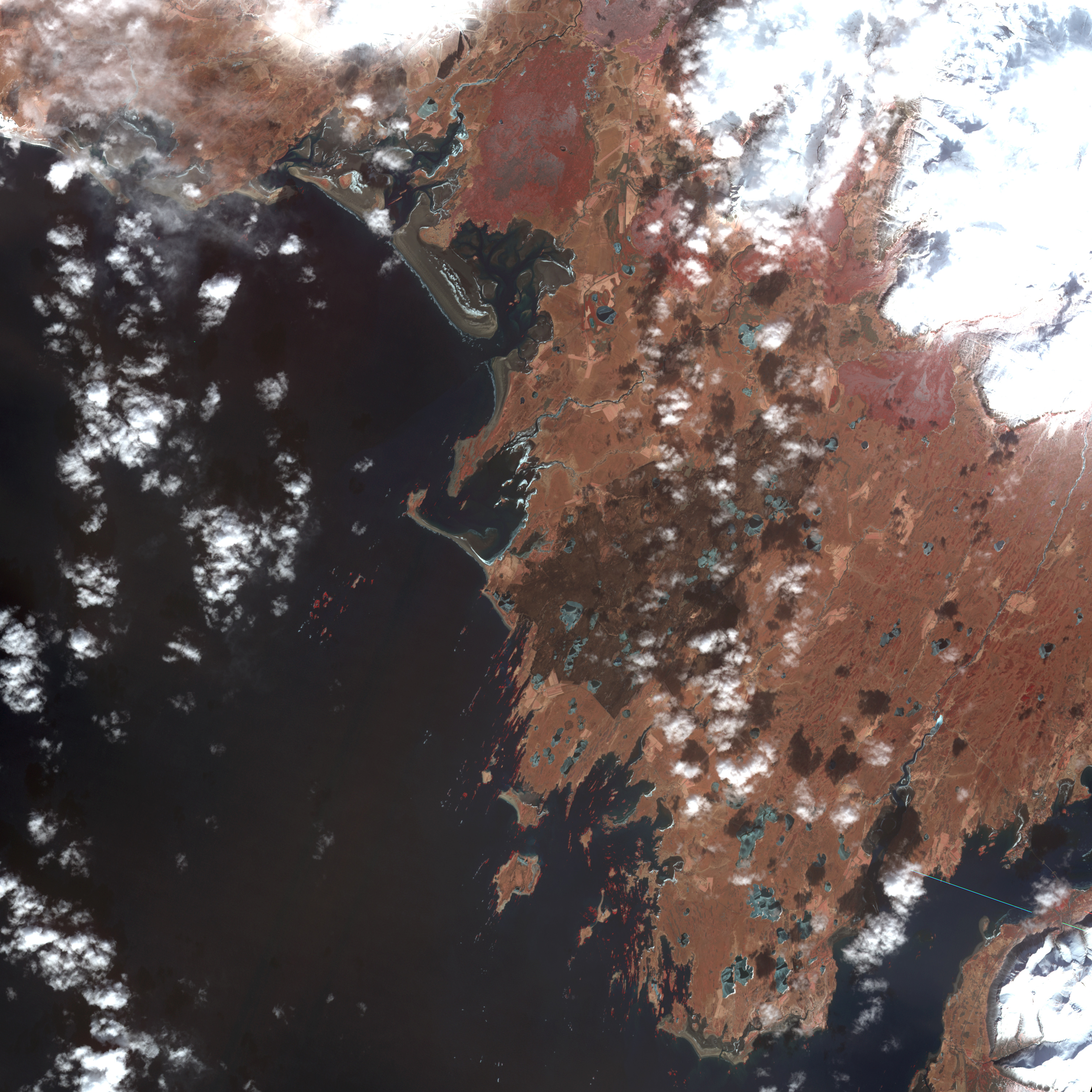 At the end of March 2006, a grassfire broke out in western Iceland, perhaps as a result of a smoldering cigarette butt. Although this area near the coast to the northwest of the country’s capital, Reykjavik, is typically very wet, a period of persistent north winds dried out the grass and made it flammable.

This image originally appeared in the NASA Earth Observatory story Grassfire in Iceland.