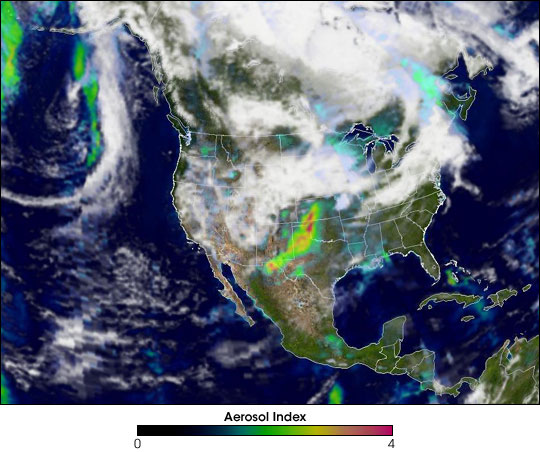 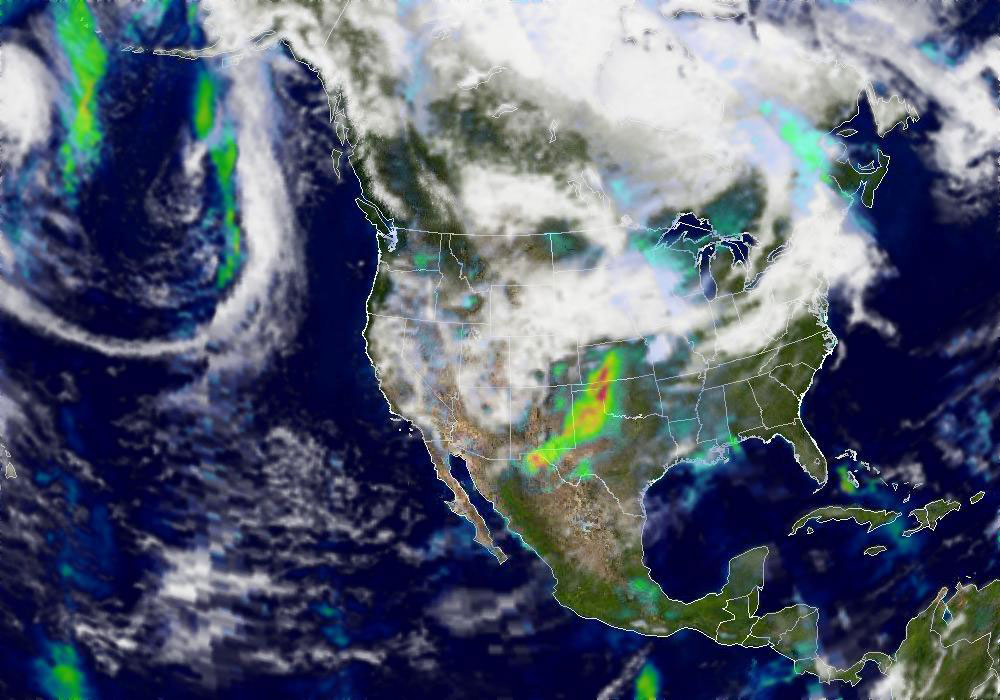 A thick cloud of aerosols hung over part of North America on March 12, 2006. Aerosols, tiny particles suspended in the atmosphere, can result from a variety of sources, including dust storms, pollution, and smoke. This aerosol cloud, extending from northern Mexico through Kansas, likely resulted in a large part from fires in Texas and Oklahoma. Windy conditions that helped spread some wildfires might also have lofted dust particles into the air.

The Ozone Monitoring Instrument (OMI) flying onboard the Aura satellite captured this image on March 12, 2006. This false-color image shows the thickness of dust, smoke, or pollution in the atmosphere. The most intense aerosol concentrations appear in bright red, followed by yellow and green. A band of thick aerosols appears just south of a large swath of cloud cover (appearing in white) in the Midwestern United States. This aerosol cloud, stretching from the New Mexico-Mexico border northeast into Kansas, shows patches of high concentrations throughout, although the biggest patches of intense aerosols appear in Oklahoma and Kansas. More diffuse aerosol clouds appear throughout North America, extending into Canada.