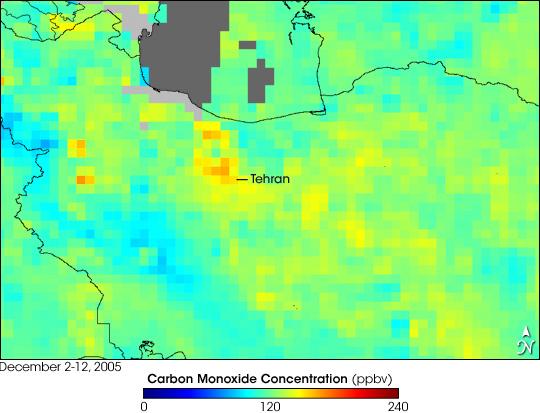 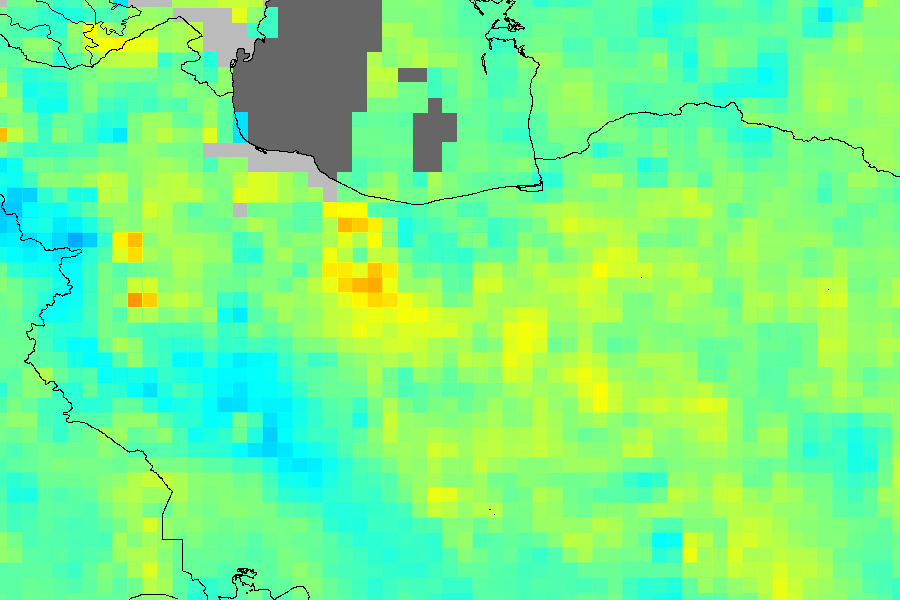 With a population of about 12 million people, the Iranian capital, Tehran, frequently experiences severe air pollution events. An estimated 3 million cars, most of them lacking modern exhaust filters, are believed to be a major cause for the high pollution levels. Tehran is surrounded by mountains, and if there is no wind or rain, the pollution gets trapped and can cause extreme smog situations, such as the conditions the region experienced in early December 2005. One of the by-products of incomplete combustion of fossil fuel is carbon monoxide (CO). CO is measured from space by the Measurements of Pollution in the Atmosphere (MOPITT) instrument aboard the EOS Terra satellite. The image below shows CO concentrations at 700 millibars (about 3 kilometers altitude) averaged over the week from December 5-12, 2005. High CO levels, color-coded in orange, are evident over the region of Tehran. Missing data due to clouds are colored in gray.