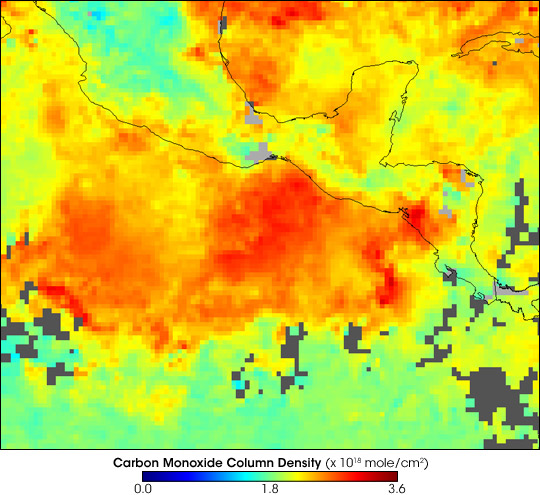 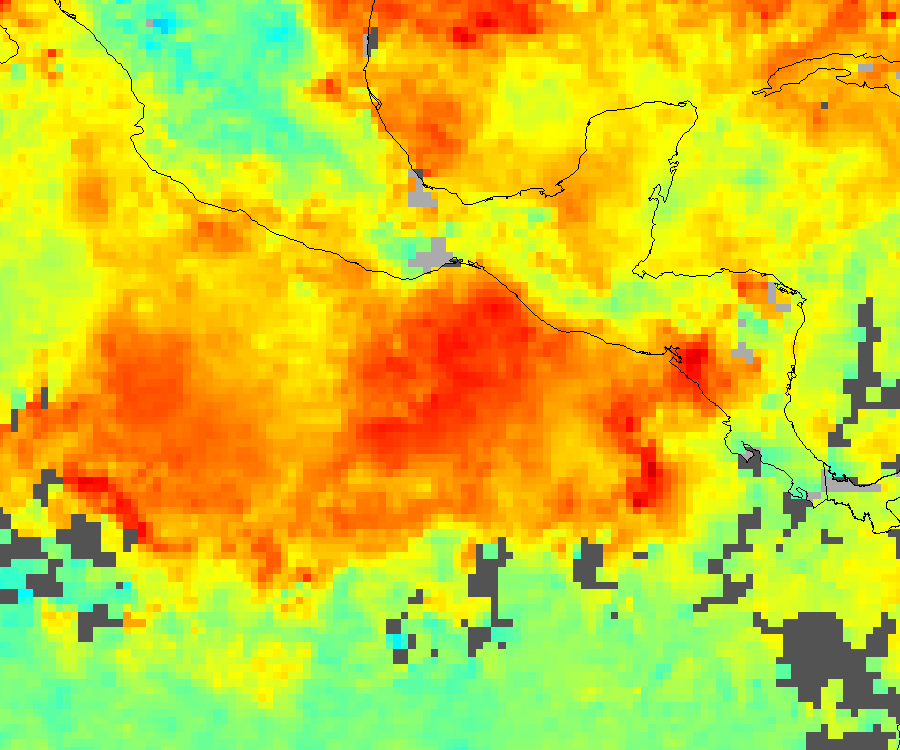 For much of March and April, fires have dotted the Central American landscape, blanketing the region with smoke. (See Fires in Mexico and Central America.) In addition to smoke, the fires have released large amounts of carbon monoxide into the atmosphere, which have been detected by the Measurements of Pollution in the Troposphere (MOPITT) radiometer on NASA’s Terra satellite.