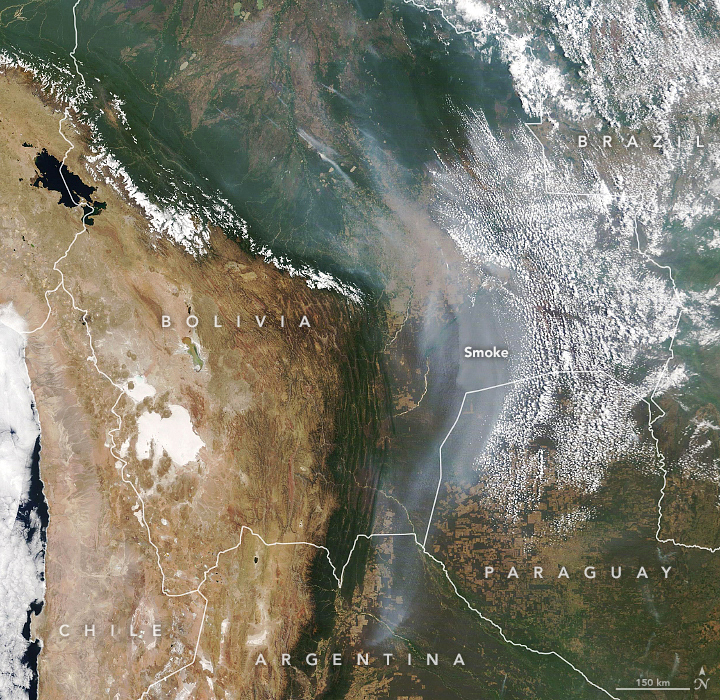 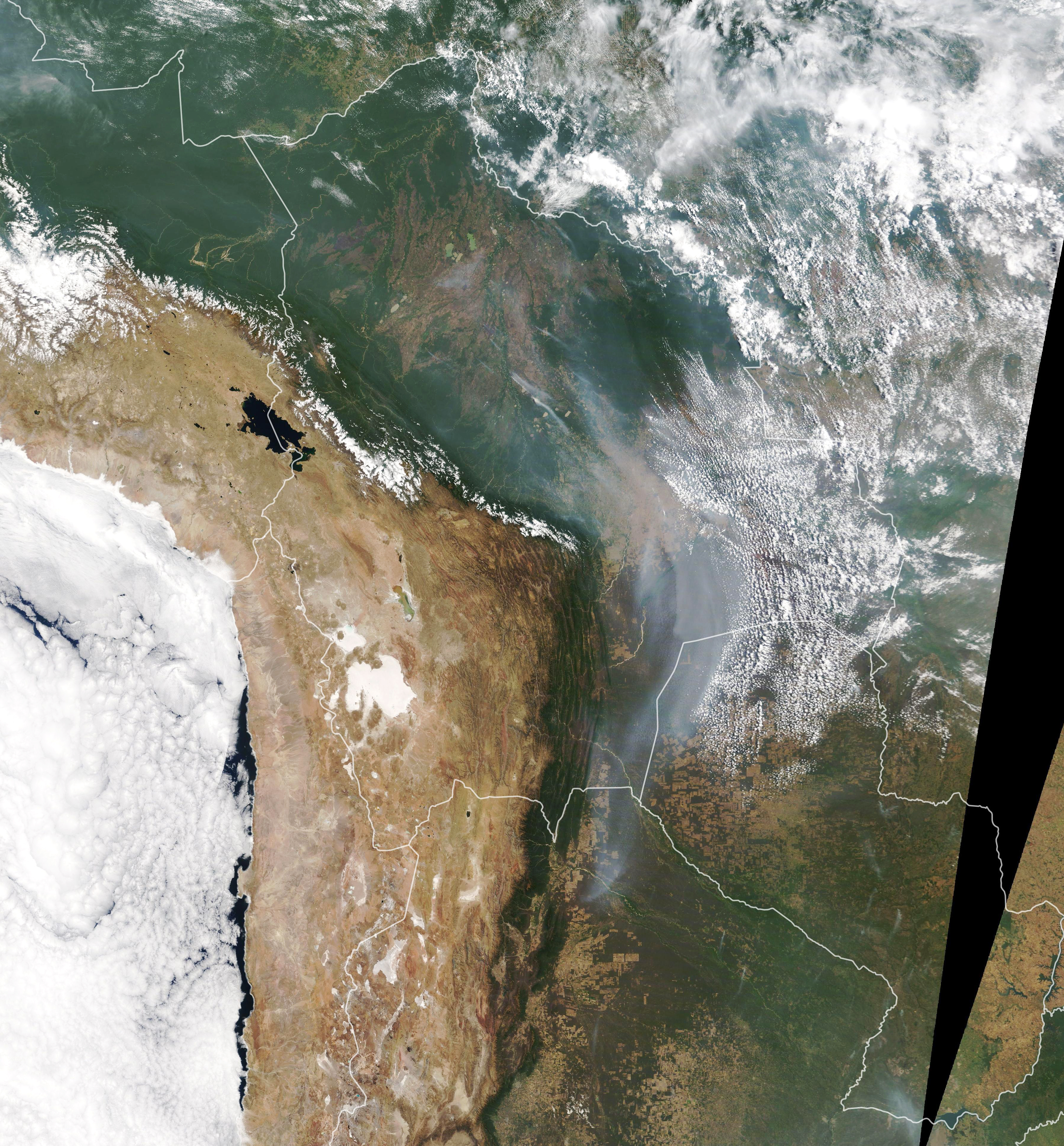 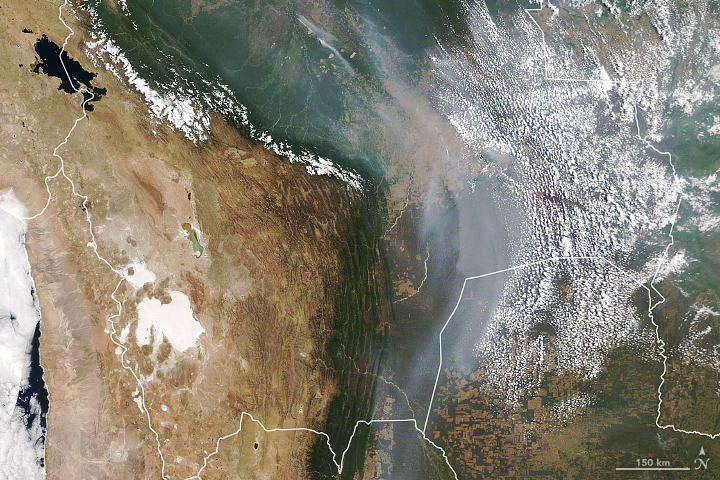 A River of Smoke

Fires raged in Bolivia’s lowlands throughout much of August and September.

This image originally appeared in the NASA Earth Observatory story A River of Smoke.