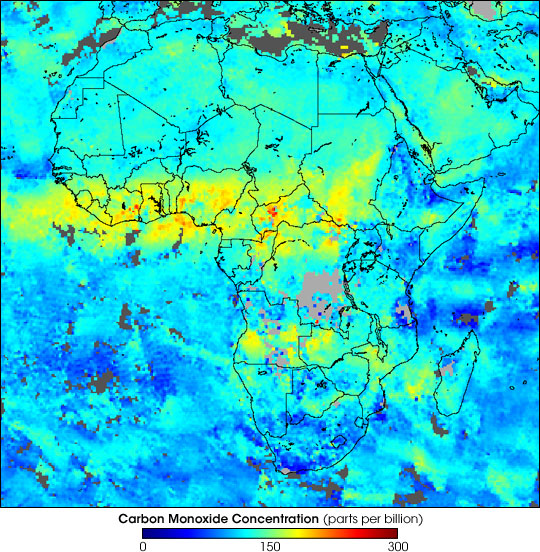 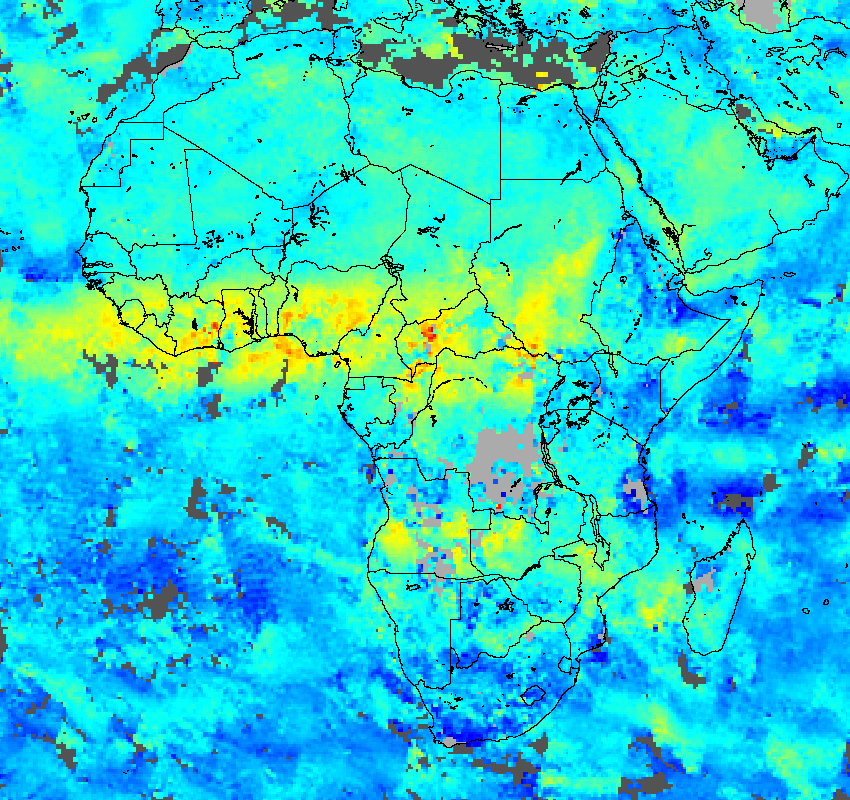 November marks the beginning of the fire season in the Sahel, where fire is used to clear land and prepare fields for planting. Such fires are not harmful of themselves, but they do release particles and gases into the atmosphere that impact climate and human health. One of the gases released in combustion is carbon monoxide, so it is not surprising that the Measurements of Pollution in the Troposphere (MOPITT) instrument aboard the NASA’s Terra satellite detected enhanced levels of carbon monoxide (CO) over Central and West Africa in November 2004.

The false-color image above shows carbon monoxide concentrations at 700 hPa in the atmosphere (about 3 km altitude) during the week of November 21-28, 2004. Missing data due to persistent cloud coverage are color-coded in gray. Red and yellow colors show the CO produced by the vegetation fires and being transported by the South-East Trade winds out onto the Atlantic Ocean. Somewhat enhanced CO concentrations are also evident in parts of Southern Africa. As the fire season starts in West-Central Africa, the vegetation fires in the Southern part of the continent are dying down with the onset of the wet season. The fire season in West-Central Africa typically runs from November to April.