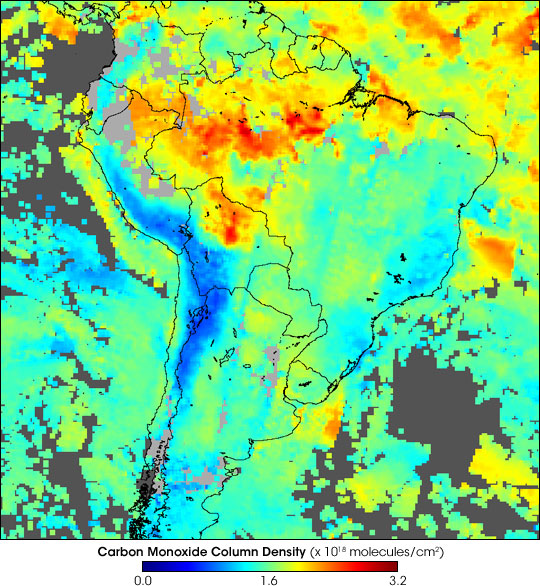 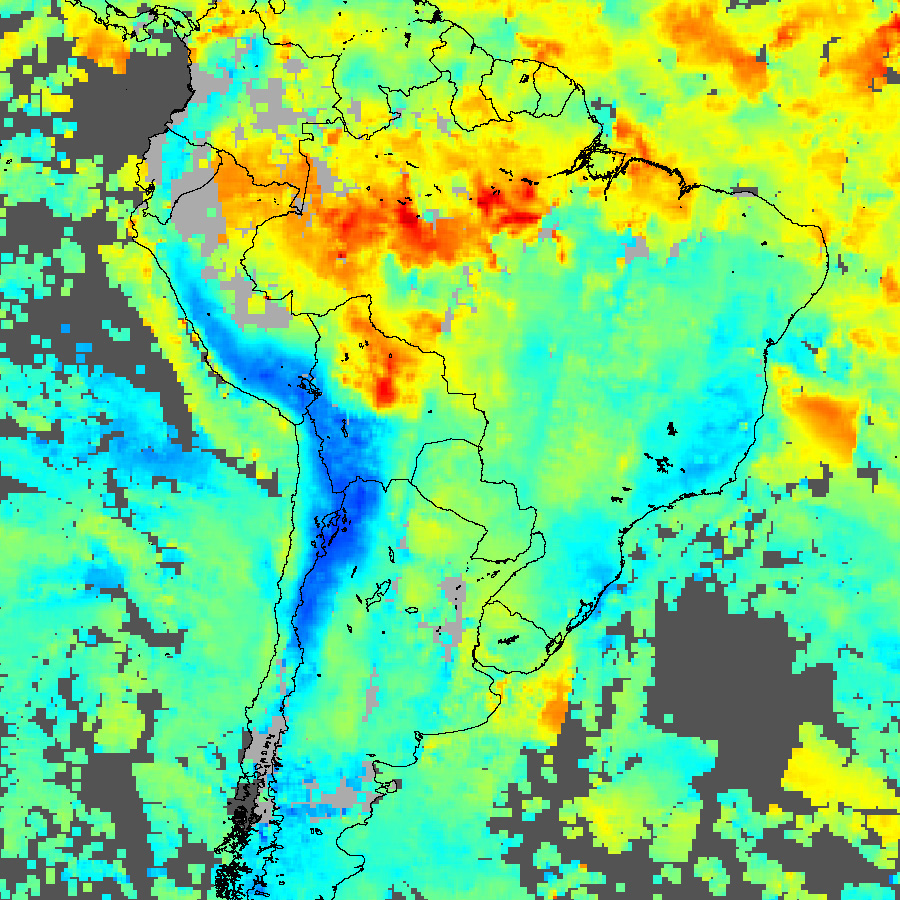 In Brazil, clearing and maintaining farm and pasture land is often done through fire. This burning of trees and grasses produces, among other gases, high levels of carbon monoxide. In July, a large number of fires were observed burning in Mato Grosso, Brazil. The elevated carbon monoxide concentrations from these fires have been detected by the Measurements of Pollution in the Troposphere (MOPITT) remote-sensing instrument flying on the Terra satellite. The image is a composite of data collected over a week, July 19 through July 26, 2004. It shows the total column amount of carbon monoxide in the atmosphere, with red and yellow indicating regions of high pollution.