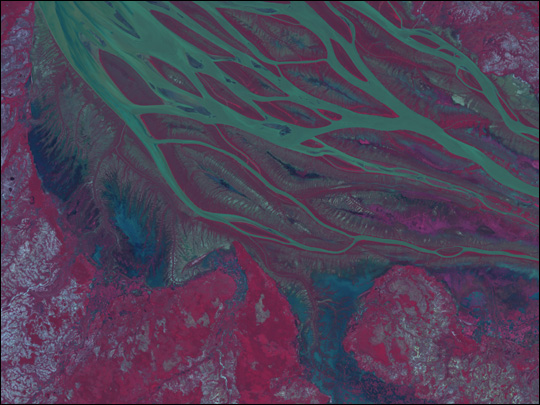 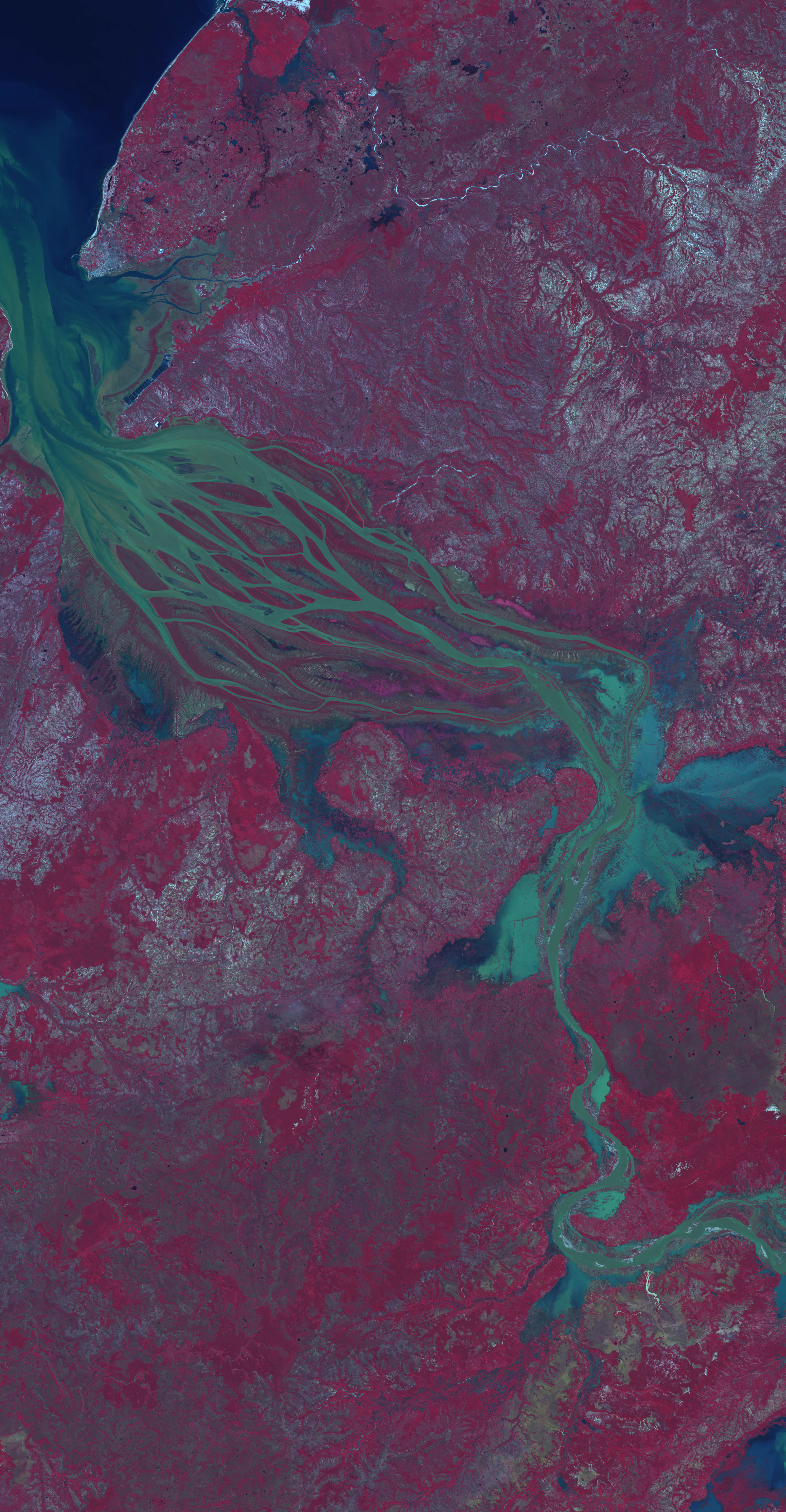 The braided streams of the Betsiboka Estuary have largely returned to their normal size, leaving puddles of blue and green water to show the extent of earlier flooding. Tropical Cyclone Gafilo moved across Madagascar on March 7 and 8, dumping heavy rain in its path. As time passed, the waters eventually flowed down the rivers to the coast, flooding the low-lying land in the west. The Advanced Spaceborne Thermal Emission and Reflection Radiometer (ASTER) on the Terra satellite captured this image of the estuary on March 20, 2004. The false-color image uses green, red, and near-infrared light (ASTER bands 3, 2, 1) so that the main river is green, other water is blue, and vegetation is red.

This image originally appeared in the NASA Earth Observatory story Flooding in Madagascar.