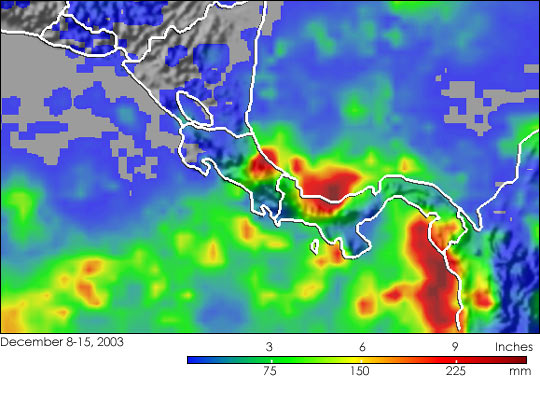 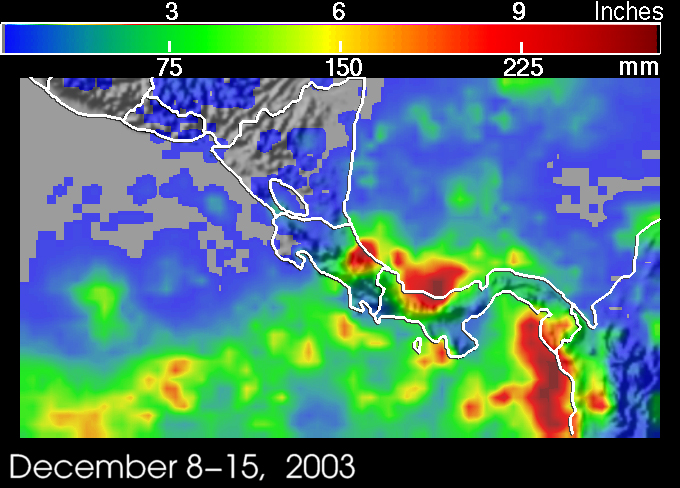 A strong Atlantic cold front and an area of low pressure combined to produce days of heavy rains that led to flooding, mudslides and two fatalities in Costa Rica. The heaviest rains fell on 11, 12 and 13 December 2003 along the Caribbean coastline.

The TRMM-based, near-real time Multi-satellite Precipitation Analysis (MPA) at the NASA Goddard Space Flight Center monitors rainfall over the global tropics. MPA rainfall totals are shown for Central America between December 8 and December 15, 2003. The heaviest rainfall, over 9 inches (darker reds), fell over the central Caribbean coastal area of Costa Rica in and around the port city of Limon, along the northern Caribbean coastline of Panama, and just off the northern Pacific coastline of Colombia. Typically December is the wettest month for the Caribbean slope before the rainy season comes to a close.