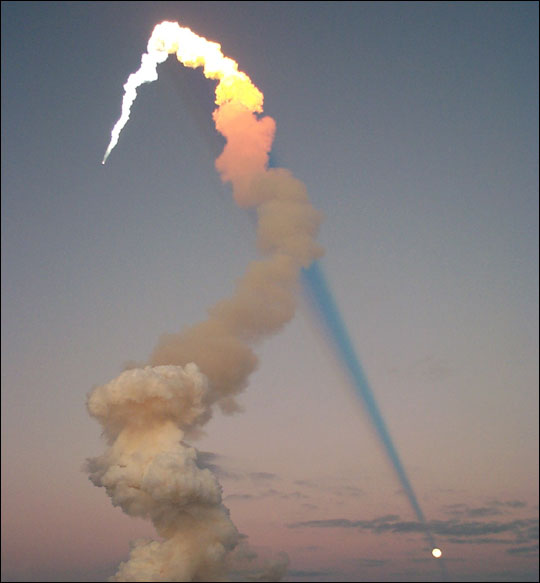 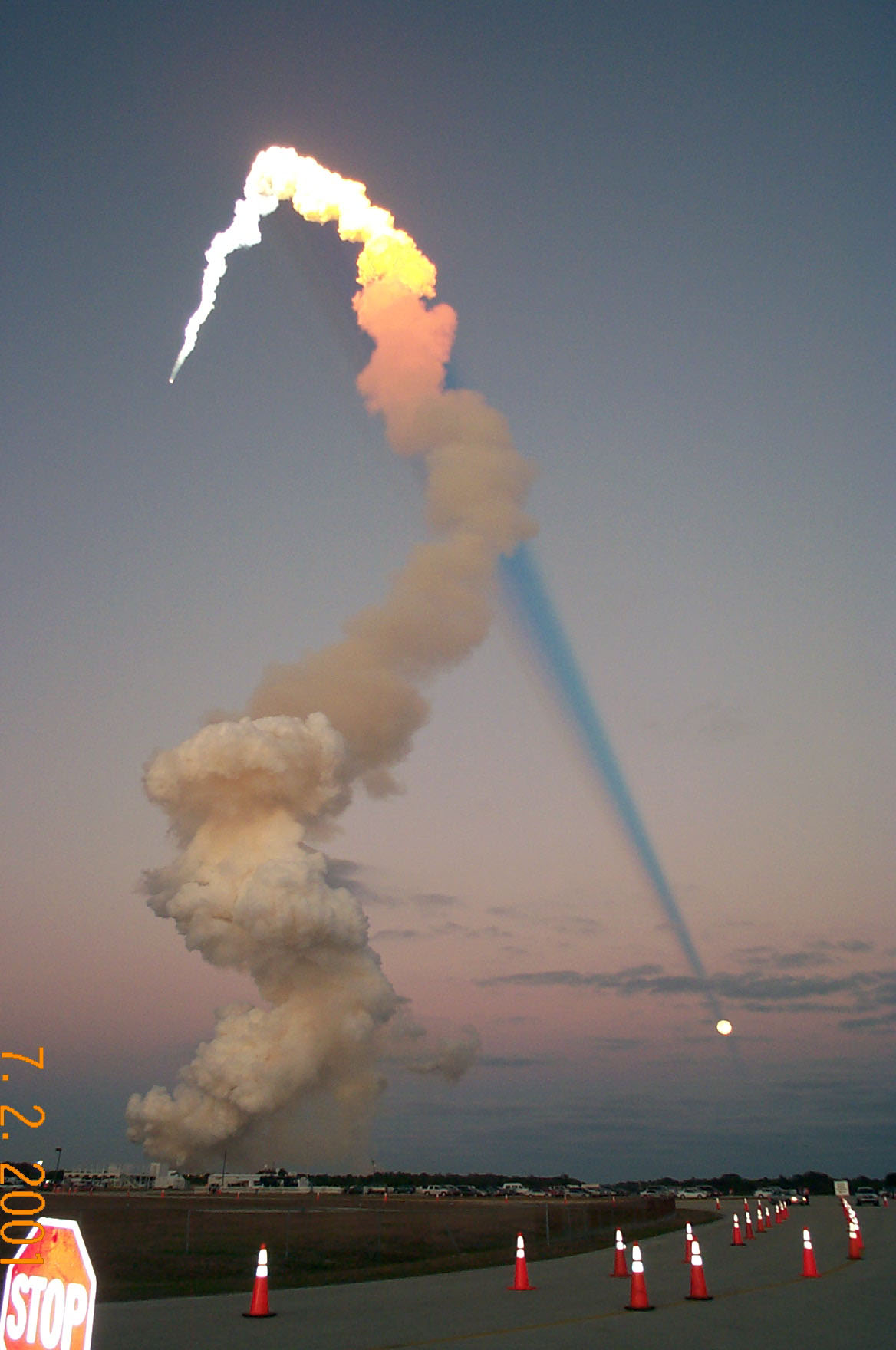 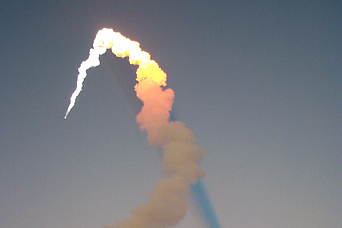 Can you guess what is shown in this photo? What is the plume extending upward from the ground? Why is the top of the plume brighter than its bottom? What is the bright object in the lower right-hand corner of the picture, and what is the dark, cone-shaped feature that seems to be leaving the plume and converging on the bright object? Examine the picture carefully, look at the high-resolution version if you want to, and see if you can figure out the answers to these questions.