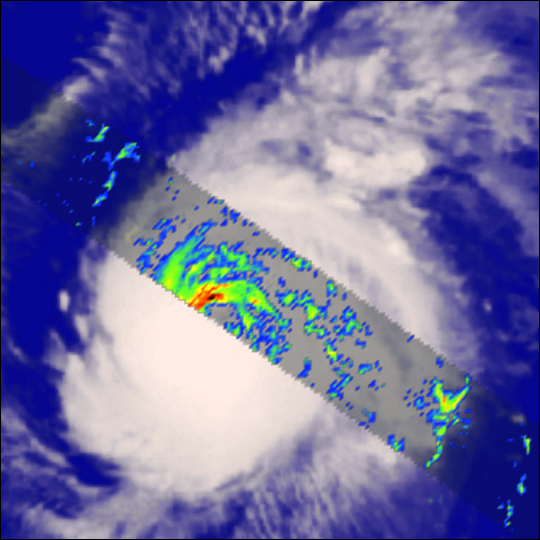 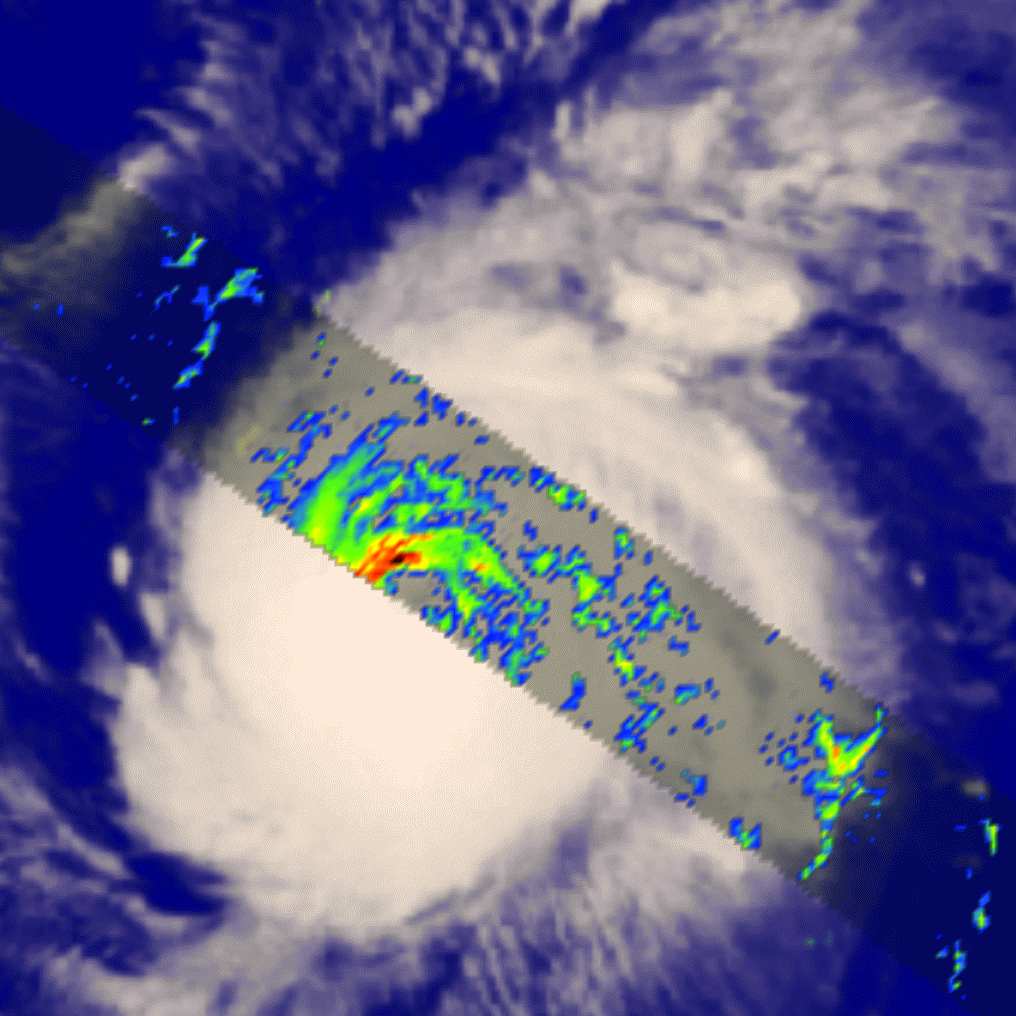 Super Typhoon Pongsona extensively damaged the U.S. Island of Guam in the central Pacific on Sunday, December 8. This is the second major assault on Guam by an intense tropical cyclone in five years (Super Typhoon Paka devastated Guam in December, 1997). In addition to Guam, heavy damage was also sustained on nearby Rota and Tinian. Maximum sustained winds were 150 mph with peak gusts at 184 mph.

This image shows TRMM’s view of Pongsona as the storm approached Guam on December 7. The view looks down on top of the storm, showing the cloud tops as seen by the Geostationary Meteorological Satellite (GMS) and the rainfall patterns within (provided by the TRMM Precipitation Radar). The edge of the TRMM orbit cuts across the eye, but nevertheless much of the intense eyewall structure can be seen. Extreme rain rates (dark red colors) attest to the storm’s super typhoon status.

The animation displays a vertical slice through the storm and shows extremely deep clouds towering northwest of the eye. The intense rains in these clouds release vast amounts of heat energy, powering the storm and spinning up some of the most extreme winds found in nature.