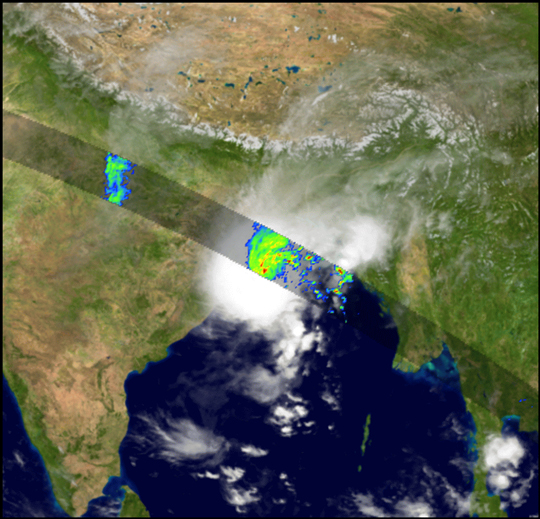 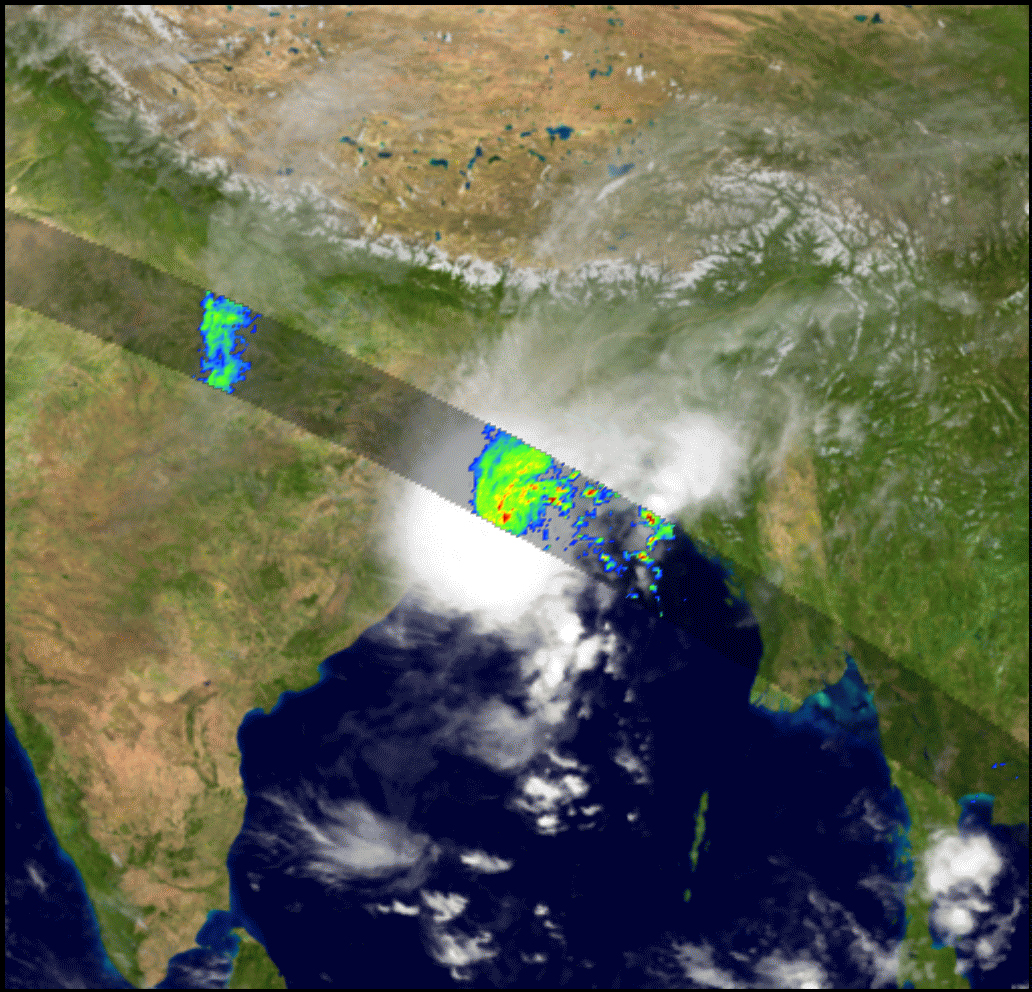 A tropical cylone that hit India's East coast caused at least one death in Bangladesh and sank four fishing boats in the Bay of Bengal on Wednesday, November 13, 2002.

Heavily populated, low-lying coastal areas of Bangladesh are particularly vulnerable to storms that roar in off the Bay of Bengal. A tropical cyclone in 1991 killed at least 138,000 people and left millions homeless.

The TRMM satellite passed almost directly over the cyclone on Tuesday and TRMM's Precipitation Radar showed the cyclone to have no eye but a well organized circulation.